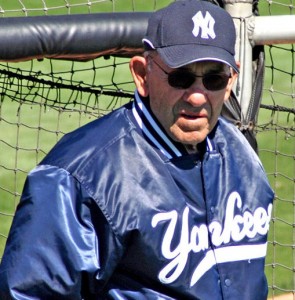 Social media can learn a lot from baseball, particularly in terms of consistently practicing to improve your results and putting the greater good of the team and its community ahead your personal feelings.

One of the greatest catchers in baseball history, Yogi Berra (aka Lawrence Peter Berra) offered some great social media lessons in his well-known quotes during his 19 year baseball career, most of which was spent playing for the New York Yankees.

In addition to providing a good laugh, Yogi Berra’s quotes hold true for social media. You need to get to know the participants on various social media platforms without interrupting their personal conversations. With all the interaction happening concurrently on social media, understand that there’s bound to be issues that can pop up. Therefore be prepared with a PR Crisis Plan.

What are your favorite Yogi Berra quotes and why?