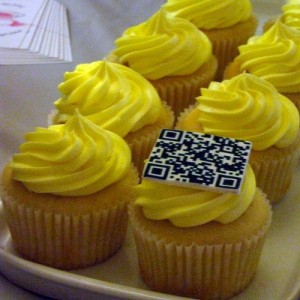 From a marketer’s perspective, QR codes make offline surfaces and content a cost-effective conduit to deliver online marketing content across a wide variety of formats.

While QR code adoption increased from 1% in 2010 to 5% in 2011 according to Forrester, only one in eight smartphone owners uses QR codes. With smartphone ownership positioned to grow at an accelerated pace, why isn’t QR code usage expanding at a similar rate?

Based on recent college student research four out of five college students has a smartphone, but only one out of four has successfully used a QR code. comScore found that the sweet spot of QR code usage is 25-34 and one in three QR code users has a household income of over $100,000. Like other early phase technology related products, men tend to use QR codes more than women.  (Here’s additional QR code research and charts.) 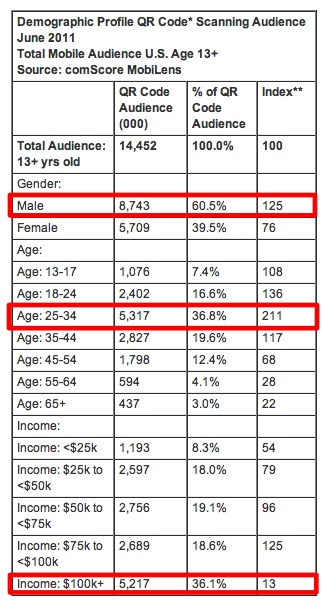 To understand the challenges marketers who want to use QR codes face, here are ten ways to prevent QR code failure and incorporate QR codes into your marketing more effectively.

To make QR codes an effective part of your marketing mix, make your QR codes as readable as possible, support QR code usage with short easy instructions, and give consumers information that’s worth the effort to look up. Of course, as with any marketing program, it’s critical to track your QR code metrics.

Are there any other QR code factors that increase usage that you’d add to this list? If so, what are they?