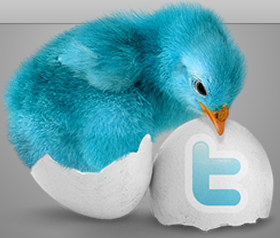 Twitter continues to grow at a steady pace attracting a loyal audience. Roughly one out of every seven, online adults uses Twitter according to Pew Research Center’s Internet & American Life Project as of February 2012.

This is twice the amount who used the social media site in November, 2010, when Pew first started tracking Twitter usage. Further the proportion of adult users on a typical day has doubled in the past year to 8%.

While this growth pales compared to the high growth rates of social media sites like Pinterest and Tumblr, these results show Twitter has attracted a steady audience, half of whom use the site on a daily basis. Among Twitter users, three salient demographic factors stand out in the Pew findings.

Further, increased smartphone penetration strongly correlates with Twitter usage.  Specifically, Pew Research found that one fifth of smartphone owners uses Twitter while basic mobile phone owners are half as likely to use this social media site. This makes sense since Twitter, while designed to work within an SMS framework, is much easier to use via a smartphone app. 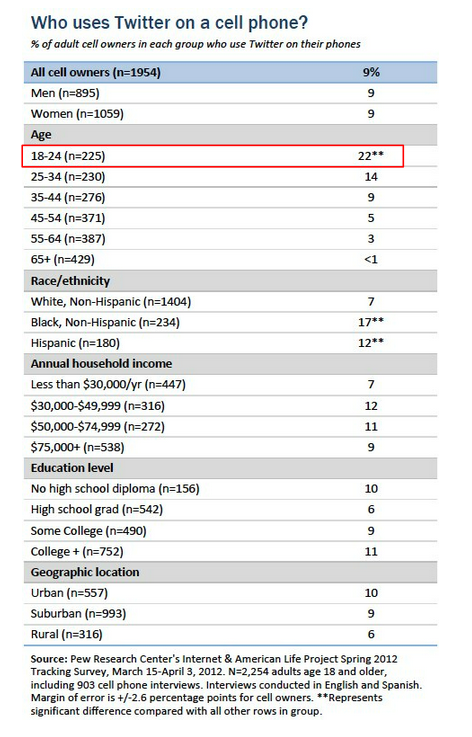 As a marketer, what does this Twitter research mean for you? You can’t ignore Twitter’s strengths.  Here are ten ways Twitter makes a difference for your business. Of course, you have to make every tweet count!

The bottom line is you can’t ignore Twitter in your marketing plans. Regardless of your social media strategy, Twitter provides a concise, cost effective way to get your message out and engage with the public.