What Twitter’s $200 Million Cash Infusion Means to You 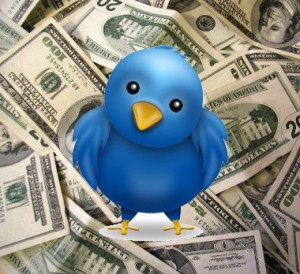 Twitter’s been making the news a lot lately, notably for its relatively low usage among US adults. The other day, the social media platform’s valuation jumped to $3.7 billion with its $200 million cash infusion from Kleiner Perkins Caufield & Byers, new home of Internet analyst Mary Meeker.

Twitter’s recent high valuation reveals expectations that the social media platform is positioned for further growth. The data shows that its recent activity is significantly different from that of the original users. Here are some of the Twitter data highlights worth considering according to Sysomos’ recent data.

Another point worth noting is that Twitter’s growth isn’t limited to the U.S. At the beginning of 2010, the U.S. accounted for roughly half of all Twitter users followed by the U.K. and Brazil. Interestingly, U.S. users generate a greater proportion of tweet content according to Sysomos. (Note: This is consistent with Forrester’s social media activity research earlier this year.)

Twitter’s top trending items for 2010 are a mashup of breaking news, pop culture and technology that can best be described as People magazine meets Wired.

What the $200 million cash infusion means

The $3.7 billion Twitter valuation implies an underlying assumption that its revenue streams will expand. While social media consumers may not like the prospect of advertising interspersed with their communications, Twitter has limited options for revenue generation. They’re advertising, subscriptions or a combination of the two. For Twitter, the challenge is that that many people get Twitter content on other applications so advertising must be integrated into its feeds. Here are six potential ideas for how Twitter may grow its sales.

For the time being, both users and marketers will have to wait to see how Twitter expands its offering and whether this investment was worth it.

What products do you think Twitter will rollout and why?

Note: These proposed products are my recommendations. They are based on my knowledge of the online media marketplace.