What Social Media Marketers Can Learn From The 2012 Presidential Campaign

Posted on August 24, 2012 by Heidi Cohen in Branding, Social Media | Comments Off on What Social Media Marketers Can Learn From The 2012 Presidential Campaign

Social Media Is About Your Entire Message 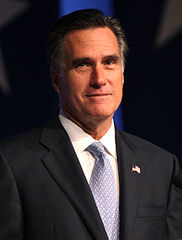 On the eve of the 2012 political conventions, let’s examine five social media lessons the Presidential Campaign has given marketers and business executives regardless of their political views. While several candidates garnered media attention with their discussion of Etch-A-Sketch do-overs, the reality is that candidates, like brands and businesses, have less control over the direction of the public conversation both in real life and on social media platforms than most would admit.

To get your business’s social media strategy on track, here are five social media lessons learned on the campaign trail to-date and five Actionable Marketing Tactics to respond appropriately.

Public figures, whether they’re political candidates, brands or businesses will always have detractors. The challenge is to create your brand and social media presence well at the start and show your target audience you appreciate them by being transparent and human in your dealings.

Please note that any comments about supporting one candidate or another will be removed. This is a marketing forum not a political one.