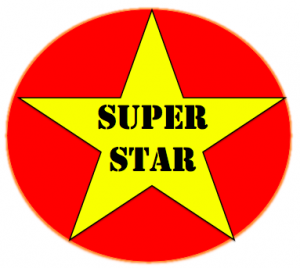 YouTube has passed over a billion unique users every month, that’s almost one out of every two Internet users. Further, all of Ad Age’s Top 100 brands now run campaigns on YouTube despite the fact marketers consider video content difficult and expensive to create.

So what do the top brands know about video content that you don’t?

In 2013, there are 178.7 million US digital video viewers, projected to grow 5% in 2014 according to eMarketer. Accounting for 72.9% of the US Internet population, about 70% of these viewers use the mobile web equally with mobile apps while about another 40% download clips. These US rates are generally the highest in the world according to Nielsen research.

From a content marketing perspective, branded video is a winner with about three quarters of media executives distributing it through owned and social media channels according to research by Sharethrough. This is consistent with earlier research from Content Marketing Institute and MarketingProfs. (To help you, here are 10 Video Content Elements with a video marketing guide.)

Slightly less than half of these executives had used native advertising such as a sponsored story on Facebook where online brand videos act like standalone content.

Although more than nine out of ten media executives use pre-roll or in-stream advertising to distribute online video, consumers consider it disruptive. Marketers take heed: even a few seconds of load time can hurt viewership. Conviva found that 18% of global online viewers abandoned live videos before the video began; 6% abandoned short-form (or under 15 minutes) video-on-demand, and 4% abandoned long-form (over 15 minutes) video-on-demand.

To add to marketers’ challenges, smartphones, notably iOS and Android, have buffering problems. Therefore, marketers must consider how their video content will load and play on the user’s device, PC, smartphone and/or tablet.

Given branded video’s similarity to television, it’s no surprise that marketers’ top objectives for its use are building awareness (67%) and branding (95%). The greatest benefit is for those companies that might not otherwise be able to use television advertising; they can create videos with lower agency and media cost.

Since under 40% of marketers use branded video for purchase intent and 20% use it for customer acquisition, there’s an opportunity for nimble marketers to either start or enhance their use of video as a selling tool. Think in terms of how-tos, styling, 360° product views and entertainment. BTW—don’t forget to ask for the sale!

Dubbed Generation C by Nielsen, these connected consumers are the power behind YouTube and video content marketing. As a segment, they’re identified by their online content behavior rather than their age demographic. Influencing roughly $500B of U.S. spending per year, this segment is difficult to reach via television. 45% of this group are more likely to be light TV viewers because they’re consuming other content across multiple screens, based on GfK MRI Fall 2012.

Over three-quarters of 18-34 year olds own smartphones compared with 60% of the general population, according to Nielsen’s 4Q2012 Mobile Insights Survey (Here’s other research on this segment called Millenials). About two-thirds of Gen C use multiple devices to view YouTube, a higher rate than the general public, based on Google and Nielsen research. They use YouTube throughout the day and mobile and PC usage are similar. 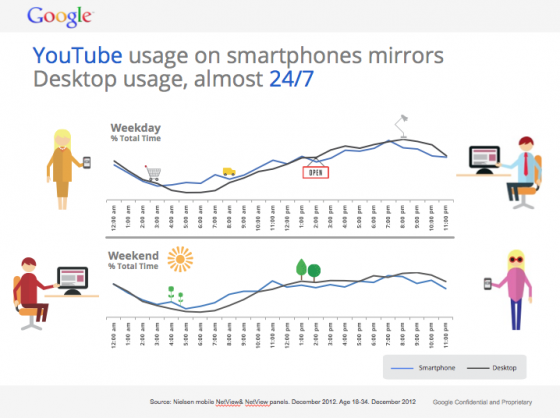 For this segment, YouTube viewing on a smartphone tends to be content snacking between other activities. Specifically, 41% tune in on their smartphone while waiting for something/someone, 18% tune in while commuting, and 15% tune in during TV commercials.

Interestingly, most Gen C viewers actively go directly to YouTube and search for the content they want. To a lesser degree, they find videos from social networks and friends. 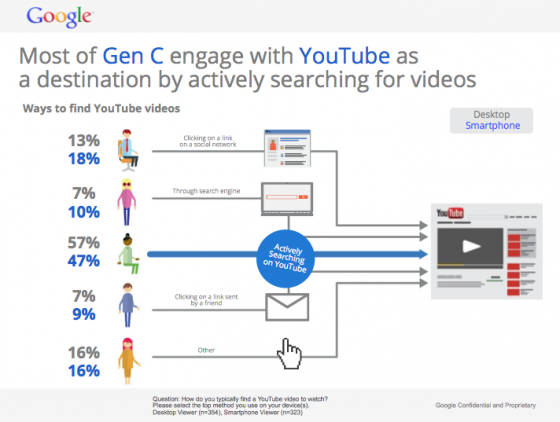 Digital video is an important element of a well rounded content marketing plan. Consumers, especially Gen C, watch video content 24/7 on PCs and mobile devices. Made for content snacking, videos are great for branding and selling. That said, don’t underestimate the challenges of load time and device buffering.

2 Responses to Video Content Marketing: Are You A Super Star?