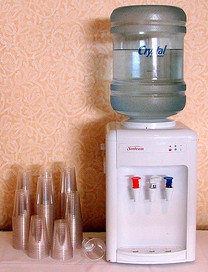 On Twitter and beyond, #UsGuys, which allows #UsGals to join them, has attracted lots of attention. The five founding members, Cristian Gonzales (@galactic), Tom Moradpour (@TomMoradpour), Jason Mikula (@mikulaja), Patrick Prothe (pprothe) and Chase Adams (@RealChaseAdams), felt too constrained by Twitter’s 140 character boundaries, especially given several participants have long Twitter handles. This led them to create #UsGuys, a non-stop water cooler for the remotely connected, social media savvy working set. According to founding member, Chase Adams, #UsGuys, is “a proverbial social media garage, where we pop the hood on Social Media, marketing and customer care. ”

#UsGuys has evolved to serve three major roles for its participants:

Best described as a 24/7 Twitter Chat, #UsGuys has attracted lots of attention that’s extended even beyond Twitter. #UsGuys has leveraged a number of social media platforms to transform themselves into a real time communications and sharing network. As a result, the #UsGuys clan enables them make real life connections that translate to high-value relationships. Any marketer looking to understand what’s required to have a social media marketing strategy and engagement should spend a day lurking on #UsGuys’ tweet stream. Or better yet, jump into the conversation which is always inviting.

What do you think of #UsGuys? Would you use a social media water cooler like this? For members of #UsGuys and similar social media oriented groups, how has the group helped you? Please add your comments and insights to the comment section below?

Big tip of my hat to #UsGuys for leading the way into social media’s future and inviting me to be one of the gang!