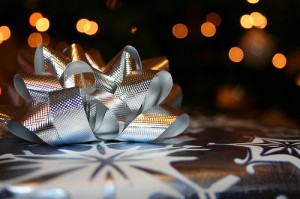 Are you using Twitter effectively to drive holiday sales? With the 2012 holiday shopping season in high gear, don’t underestimate the power of social media, especially Twitter to influence holiday sales.

Deloitte’s 2012 Annual Holiday Survey revealed that consumers use social media to shop for holiday gifts and it’s the same way they shop for other products. They use social media to research gift ideas, find sales and promotions, and check product reviews and recommendations. Additionally, they look at family and friend’s wish lists and browse products. These activities are consistent with earlier research from Shop.org. 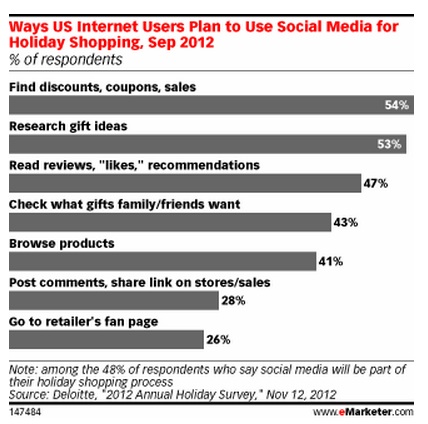 Compete and Twitter research found that Twitter users exposed to retailer Tweets visited those retailer websites at a higher rate (95%) than general Internet users (90%). In part this is attributable to the fact that Twitter users are big online shoppers. Further, exposure to retailer tweets was consistent across mass retailers and more niche merchants. In fact, this trend was more pronounced for more niche retailers. This may be attributable to the fact that they have more engaged audiences. 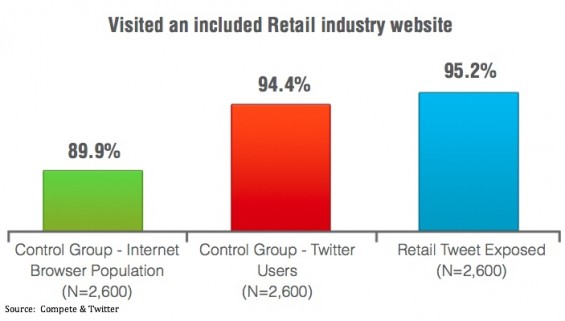 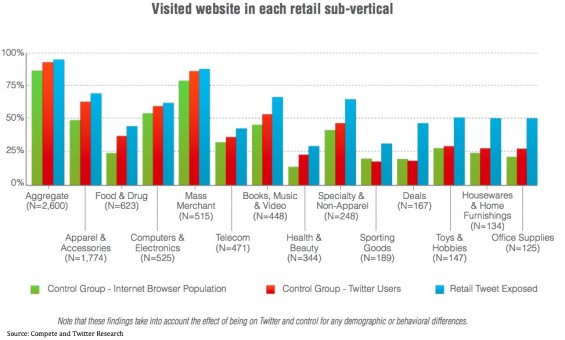 The Compete and Twitter research found that Twitter users who saw retailer tweets were more likely to make online purchases. During the period Compete analyzed, 27% of general Internet users bought from a retail website. By contrast, Twitter users purchased at a 33% rate from the same sites. Further, when Twitter users were exposed to a retailer’s tweets, the purchase rate increased to 39%.  This represents a lift of between 1. 4X and 1.2X, respectively and holds true across a variety of retail categories. Again this trend is higher for niche retailers than mass market. This makes sense since these merchants have a more engaged and targeted audience. (Note: While the niche merchant purchasing looks low, it’s above average levels.) 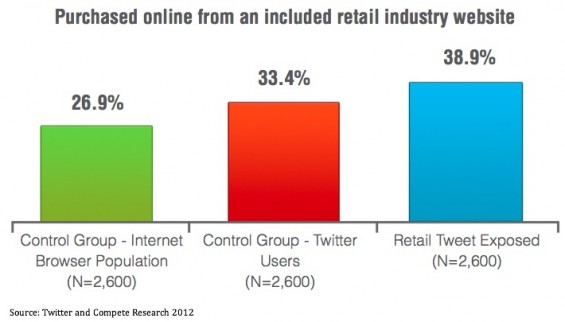 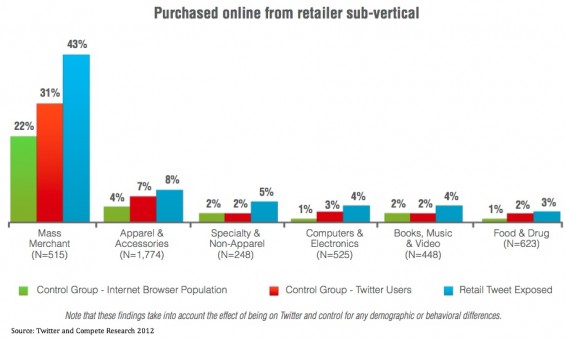 The more users are exposed to tweets from merchants the more likely they are to visit and purchase from them. Given the impact of the frequency of advertising exposure on other media, this intuitively makes sense. Based on the results of the Compete and Twitter research, Twitter users exposed to retail tweets twelve or more times were one third more likely to purchase from those merchants compared to all users exposed to retail tweets. Since the lifetime of a tweet is relatively short, it’s reasonable that it would take more tweets to have sufficient impact on purchasers.

While time to create actionable marketing promotions is limited, there’s still time to maximize the impact of Twitter with existing product information and images.

What other quick and easy social media sales ideas can you suggestion and why?

Here are some related articles you may be interested in:

One Response to 10 Twitter Tactics To Pump Up Holiday Sales