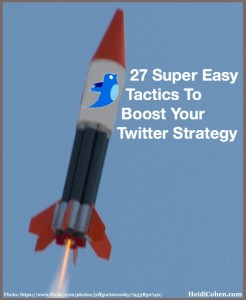 Twitter accounts for roughly 9% of all social media shares, about a tenth of the amount of activity on Facebook, according to analysis by BuzzSumo and Frac.tl .

YET Twitter’s contribution to lead generation and sales—marketers’ key metrics—ranks last in terms of being the initial, final or only social media platform touched, because its content and interaction occur in the middle of the purchase funnel, based on AOL Platform research (Chart). 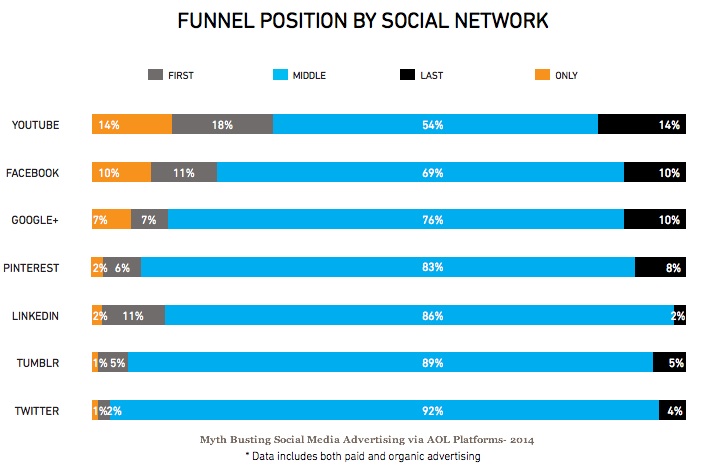 This makes Twitter’s contribution difficult to track. Many marketers just set up a Twitter strategy and leave it on autopilot. Unfortunately, this becomes a vicious circle for marketers because their efforts are insufficient to drive business.

As you begin your 2015 social media marketing plans, it’s a good time to take your Twitter marketing up a notch to yield results aligned with your business objectives.

Since you’ve already got the basics down, these Twitter tactics 201 will help you improve your strategy and make your time more effective.

Given the dynamic nature of Twitter and the social media ecosystem here are 27 tactics you can incorporate into your Twitter strategy. 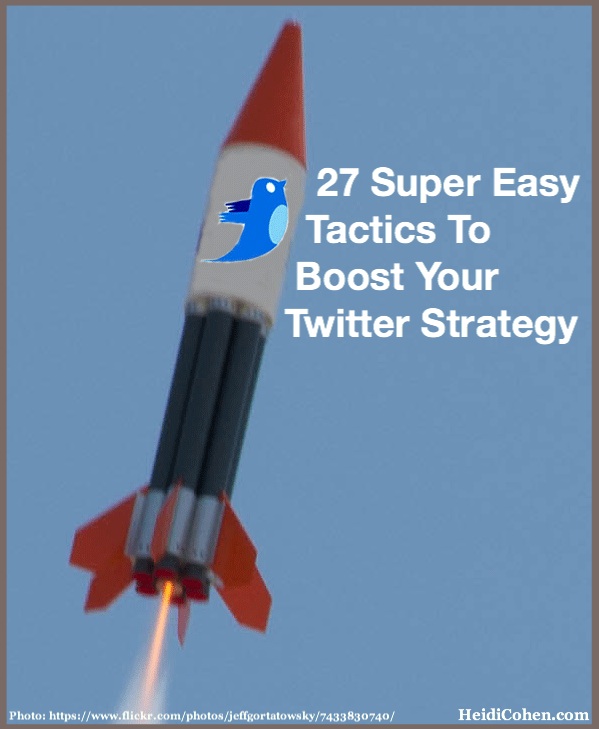 Develop your Twitter objectives as they relate to your overarching social media, content marketing and business objectives to support your organization’s social media engagement and distribution.

Ensure that your Twitter bio represents your business appropriately to attract your target followers.

4 questions to improve your profile:

Getting people to follow you on Twitter doesn’t just happen. Like any other marketing effort, it takes continual planning and work. It’s not a once and done campaign.

6. Extend the life of your tweets.

Tweets are notorious for their short lifespan. Therefore, where possible maximize your reach. (Check out Dan Zarrella inspired tips for tweets and retweets.)

Leverage the power of Twitter to broaden your communications.

Twitter isn’t a set it and go social media platform. It yields the best results when you actively participate.

It’s easy to forget the administrative stuff involved in Twitter use.

As a result, your Twitter strategy will yield benefits better aligned with your business objectives, namely improved customer interactions, lead generation and sales, and influencer relations.