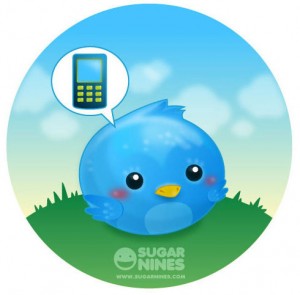 Since Twitter’s social media platform is made for mobile with its 140 character snack size communications, it’s no surprise that its power users go mobile.

Three out of every five active Twitter users (or 120 million participants) login using a mobile device at least once every month based on Compete data. Mobile Twitter users display different behavior that’s important for marketers to understand.

According to Experian Hitwise, Twitter recently broke through the Top 10 mobile websites after Amazon. (Understand that Hitwise’s data is weekly.)

Here are three distinct ways that mobile Twitter participants set themselves apart from the rest of the Twitterverse based on research from Compete. (To put this Twitter data in context, here are sixty-nine mobile facts.)

Twitter participants who mainly use mobile devices differ from those who primarily use their computer.

Participants who tweet via a mobile device check Twitter from the moment they get up until they go to bed. Therefore, marketers must make their Twitter messages time sensitive so that they can be integrated into your audience’s daily routine. Don’t bombard them with more promotions but rather create content that engages your audience at different points during the day, both at home and on-the-go.

Primarily mobile users create and interact with Twitter more. Specifically, they are:

The bottom line is that people who access Twitter via a mobile device, either a smartphone or a tablet, are more likely to use the social media platform all day long and to integrate it into their lives. As a result, they’re more likely to be power users and you must have content they find worth their time.

What  has your experience been with mobile Twitter participants?

One Response to 9 Tips For Marketing to Twitter Power Users