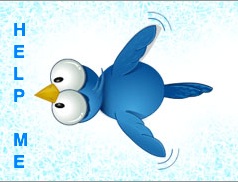 Twitter etiquette is a lot like the advice your mother gave you when you were young. Be nice and treat people well and they’ll respond in kind.

Sounds simple enough but somehow when people are on social media networks, communications flow straight through their fingertips without stopping in their brains long enough for consideration of the longer term impact. With Twitter, like any social media platform, consider how you would feel if your boss, client, colleagues, spouse, partner, kids or parents saw the tweet, because Twitter is an open, searchable, global public forum where any tweet can go viral. (Here’s more information about the life of a tweet (charts included.)

To help you mind your Twitter manners, here are twenty-four recommendations to guide your interactions. Even if you’re already an active Twitter participant, it’s useful to review this checklist.

Regardless of whether you’re new to Twitter or an old hand, it’s useful to go through these suggestions to remind yourself that there are people on the receiving end of your tweets with real feelings. Therefore, it’s important to think about the impact that your Twitter missives can have. Consider how the recipient can interpret these 140 characters.

Are there any other points of Twitter etiquette that you’d add to this list? If so, what would they be and why?

Big tip of my hat to one of my followers for suggesting this post.

Here are some related articles about Twitter that you may enjoy.