Posted on February 7, 2011 by Heidi Cohen in Social Media | 7 Comments 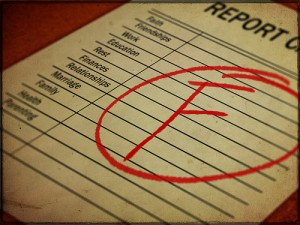 Many Twitter participants in an effort to appear welcoming set up an auto-DM (automatic direct message) that responds to new followers. While this sounds inviting, in practice it’s often just plain irritating. As a result, an auto-DM with the smell of a sales message is usually of little use to either the sender or recipient. It’s the Twitter version of “Enough about me, what do you want to do for me?”

Here’s an example of a Twitter auto-dm does all the wrong things. All identifying Twitter handles, links and references have been removed to protect the guilty.

Before you consider setting up a Twitter auto-dm, put yourself in the recipient’s place. How will they feel when they see this targeted message that you’re sending to anyone who does you the honor of following your messages on Twitter? Remember you have to answer What’s In It For Me? (aka WIIFM) for your audience. Here are three reasons such an auto-DM is a social media fail:

Does this mean that you should never use an auto-dm? No. You should use auto-DMs when they are beneficial for your followers. Think about them as you would an auto-responder on your personal email. People tend to expect a response to direct messages on Twitter. Here are four examples where an auto-dm could work.

While every marketer needs to continually innovate and try out new communications channels, it’s important to make sure that the tools you use and your communications are useful and relevant to your audience. Impersonal promotional messages don’t make a great first impression.

What do you think about Twitter auto-DMs? Do you have any suggestions to help readers use them productively?

Here are related columns to help you with Twitter:

Hat tip to @SamFiorella, @Dayngr and @LearnGrow for inspiring this post.