Posted on May 19, 2011 by Heidi Cohen in Branding, Social Media | Comments Off on Marketers Don’t Get the Value of Twitter Advertising 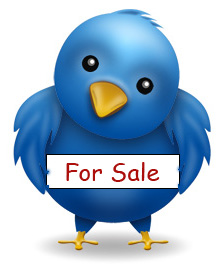 There’s chatter in the media and blogsphere that Twitter advertising is expensive and doesn’t work. (To read the details firsthand, check Investor.com here and here, MediaBistro’s AllTwitter blog and eConsultancy’s blog.) Now that the dust is starting to settle, a number of marketers are stepping up to the microphone to report mediocre results in terms of business performance with Twitter’s new advertising offering, geo-targeted Promoted Products (including tweets, accounts and trends) rolled out earlier this year.

These negative reviews are surprising since initial Twitter advertisers claimed success. Of course, early Twitter advertisers were marketing elites with big pocketbooks and diverse branding media buys. For example, part of Virgin’s rationale for being one of the early advertisers was to be associated with the hot new advertising platform. Look closer at their generous price promotion on Twitter and you’ll see that it was a no brainer.

In my opinion, these guys are wrong. These Twitter results sounds like the early days of Internet advertising when advertising click-through rates and results were abysmally low. Like banner and other forms of display advertising, a large part of the Twitter advertising impact is branding related. The marketers in these articles only focused on direct response advertising metrics.

It’s a sure bet that Twitter advertising will continue to evolve. Over time, pricing, performance and marketers’ expectations will be better aligned. To that end, here are three areas that Twitter should examine.

The initial Twitter advertisers were primo name brands where being part of the new platform’s novelty was part of their media buy decision. As a result, it didn’t matter how well the Twitter ads performed since they were part of larger branding effort. The reality is that the current wave of advertisers who wanted direct response advertising should have considered these factors when they decided to use Twitter.

Here are some related articles that you may be interested in: