Twitter is changing in ways that go beyond its new header image and assortment of advertising options. Twitter’s participant base has evolved and this has significant marketing implications for 2013.

Here are five of the salient new insights from this research and what they mean for marketers.

Overall women outnumber men on Twitter 53% versus 47%. Further, women (610) tweet more than men (567) on average, a fact that’s in line with communications patterns on other devices. Since most social media platforms tend to attract men as early adopters, this shift is a sign that Twitter is maturing. 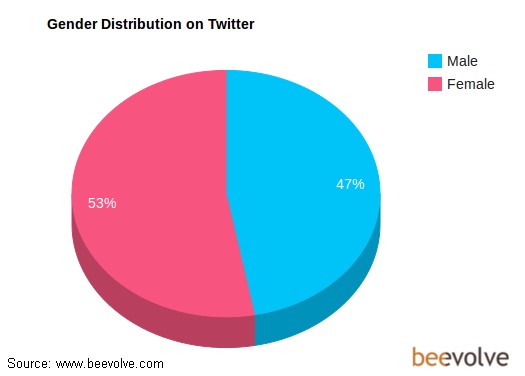 A closer examination of the data shows that in countries where Twitter use is newer, men tend to dominate, specifically India, Brazil and France. 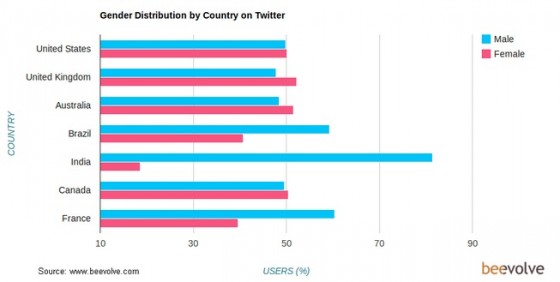 Women also differ in how they engage on Twitter. About 12% of Twitter users have protected accounts. Of these, about two thirds are women who want to control their profiles.

Increased Twitter use by women translates to a change in focus on family, an interest that significantly outpaces men’s love of technology. This shift represents an important opportunity for businesses to engage in a conversation on Twitter around family related topics. (Here’s how to make your tweets count!)

The average age of Twitter users has decreased. Over 70% of users are between 15 and 25 based on recent research from Beevolve. The data is based on participant bios and information in tweets. Since less than a half of a percent discloses their age, Beevolve notes that younger users are more likely to disclose their age than older users resulting in a bias towards younger users. That said, recent Pew Internet research showed that Twitter indexed high for US users between 18 and 29. Even if the precise percentage is less, the number would still be significant. 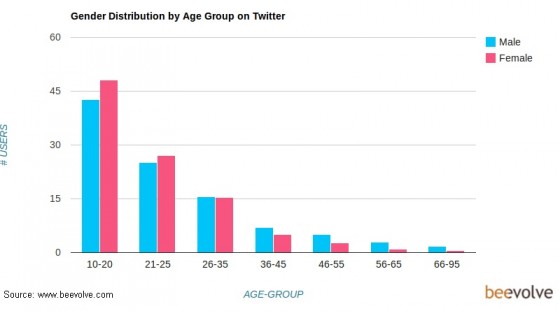 Women out number men in the youngest groups. 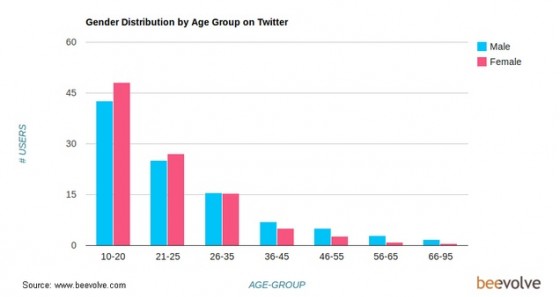 This means Twitter has a significant percentage of high school and college students. Given this age group’s propensity to communicate via text, this signals the potential for greater use of Twitter’s direct messaging (DM) functionality.

3. Twitter knows where you are (but not your precise location)

While more than four out of five Twitter users have specified a location in their profile, one out of ten has geo-tracking turned on. This means that participants consider their location as part of their identity but aren’t willing to let the public know their specific whereabouts. These results are in line with location based services data. The exception is when people live tweet events (which doesn’t always mean that they’re attending.) 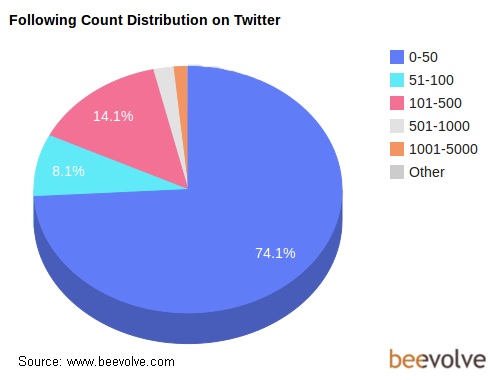 On Twitter the number of followers influences how frequently a user tweets. Since tweeting more often means people are more likely to find you and follow you, users may feel a responsibility to provide great content for their followers the more they amass. 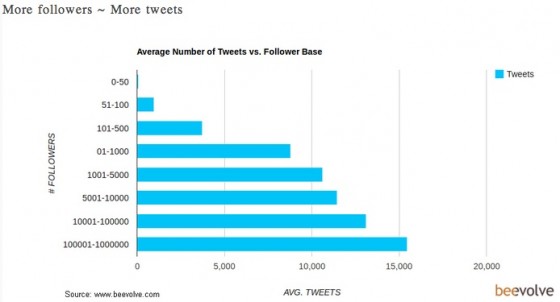 As Twitter continues to mature, the composition of it’s user base will change and your marketing must acclimate to it.

Have you noticed changes in Twitter and how has it effected your marketing?