Tumblr: Not Your Big Brother’s Blog 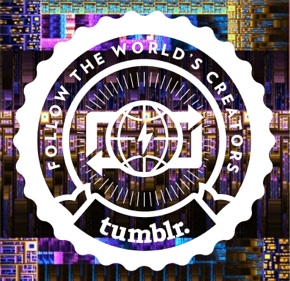 Don’t let Tumblr’s classification as a microblogging platform stop you from using the hip, image-driven social media venue to support your marketing.

Tumblr isn’t your big brother’s blog. Rather the content-based social media platform is a playground for your brand’s imagination where you can attract visitors with amazing visuals, graphics and great quotes. Most posts are short and pin-like (as in Pinterest). Since they can complement other longer forms of content such as blog posts, incorporate Tumblr content into your editorial calendar.

Tumblr – nothing but the facts

Tumblr quietly slipped into the top social media networks last fall. Since its core audience is broadly between 12 and 34 years old with its sweet spot being 18 to 24 year olds, Tumblr had gone unnoticed by many marketers. Don’t let a social media entity’s age basis keep you away. Use Tumblr to show another aspect of your brand. 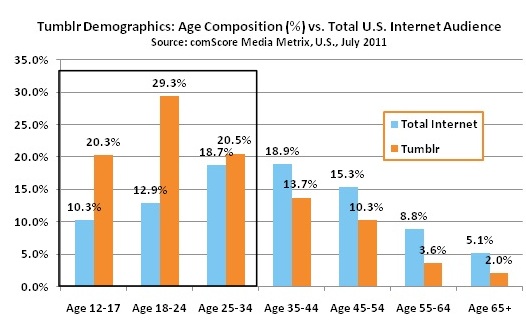 Roughly six out of seven Tumblrs are updated daily. To put this in perspective, only 11% of active bloggers blog daily, based on Technorati’s 2011 State of the Blogosphere. This translates to the need for an on-going stream of posts to ensure your presence is noticed.

Here are seven tactics to help you develop a targeted Tumblr strategy.

Regardless of how you decide to position your company and/or brand on Tumblr, it’s time to jump in and show your stuff.

If you’re using Tumblr, what’s your experience been? Has it helped achieve marketing goals?