The Stories at Social Media’s Core 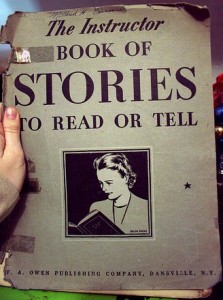 Stories aren’t commodities, yet their truths are universal so that we all relate to them. They’re personal histories about real people who’ve done real things. Social media thrives on stories because people connect with people through the stories they tell each other. Curating live content in ten-minute segments, Jeff Pulver’s 140 Character Conference New York show brought together an unusual group of people who’ve changed the world in some way through the use of Twitter from headliners like Mayor Cory Booker and Ann Curry to former convicts and homeless people.

As people we innately feel the need to connect with others. Social media extends our ability to form these bonds. To this end, it’s important to ask questions that enable us to build relationships using these platforms. One of social media’s challenges, however, is our immediate emotional reaction. Often times, people respond on social media platforms without thinking – the response goes straight from their brain to their fingertips. Eric Weaver (@Weave) pointed out that 95% of thought process is emotional because rational thinking takes more time and energy in a time-starved world.

5 Stories about changing the world one tweet at a time

Here are five personal stories that underscore Twitter’s power to change the world one tweet at a time.

This conference and social media in general remind us that good content moves people. It’s not business plans but rather the real stories about real people and the connections we make with them. What are your stories and have you reached out to engage with real people in real time?

Do you have any stories that you want to share? If so, please include them in the comment section below.

Hat Tip to Jeff Pulver for bringing this amazing group of people together.

Here are some related stories in which you may be interested.

One Response to The Stories at Social Media’s Core