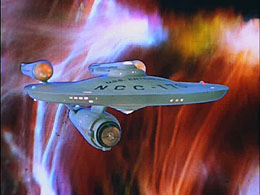 With its mission, “To boldly go where no one has gone before,” Star Trek has built an enduring brand around amazing content.

While not every brand can achieve the Star Trek franchise’s level of success, take a page from the Star Trek operating manual and integrate these ten lessons into your content marketing efforts to expand your engagement.

What is your favorite Star Trek learning that can be applied to content marketing?

Photo Credit: Image from Star Trek: The Original Series episode Is There in Truth No Beauty? © 1968 Paramount Pictures.

Note: All of the Star Trek links are to Amazon affiliates.