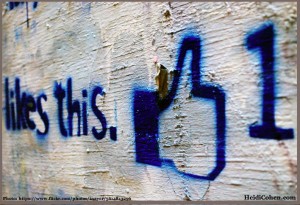 Blink on most social media platforms and you may miss the conversation.

Andy Warhol’s idea of 15 minutes of fame seems like a lifetime by comparison.

The average social share lifespan is extremely short. As a result,  you have to be strategic in your timing and use of social media to distribute your marketing message effectively. (Of course, it’s useful to take these 10 social media tips from the Beatles.)

For marketers, getting social media participants to see and focus on your your posts (and tweets) translates to social media ROI. If your target audience doesn’t see your message, you’ve lost the opportunity to make an impression and start the purchase process. 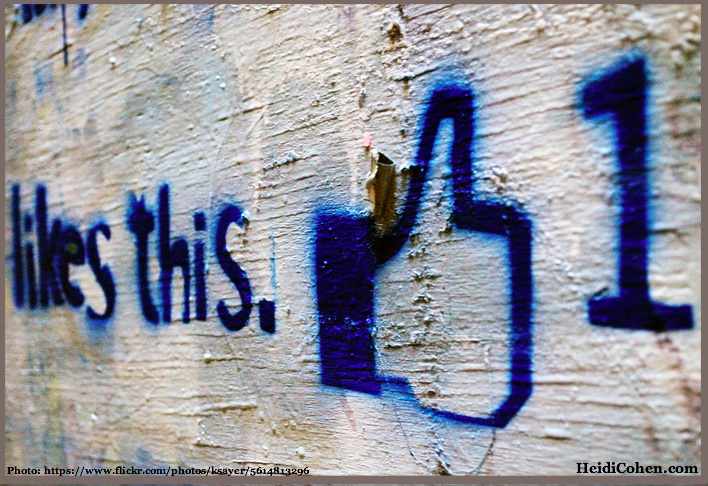 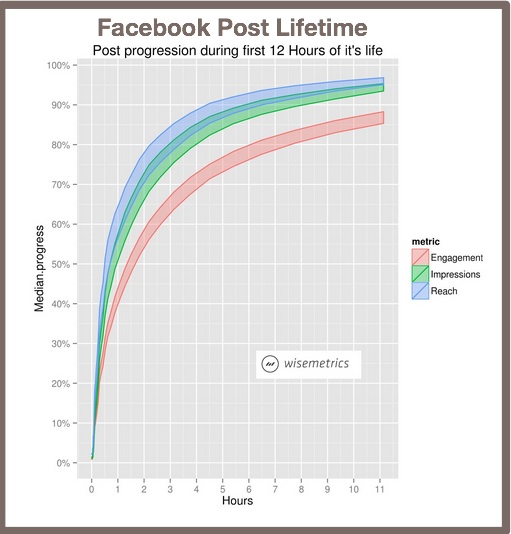 The larger your Facebook Page the more people your posts reach. BUT the percentage of people reached will diminish since it’s a smaller percentage of your base according to data from Social Bakers. 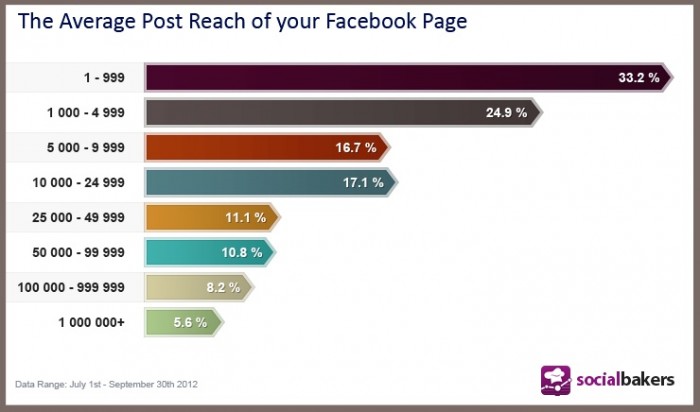 Facebook reach has decreased. This is attributable to increased competition for participant attention resulting from a larger number of shares and pages liked.

But NOT all Facebook posts are equal!!!  Wisemetrics found that decreased reach didn’t affect all Pages in the same way.

The Top 1% of Facebook Pages reached 5+ times more fans than the average performing Facebook Page. Both the Top 1% and 10% outperformed the median post. These top performing Pages were more resistant to Facebook’s algorithm changes. 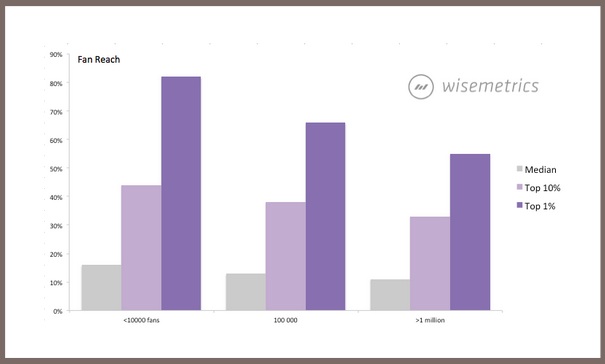 Use strong headlines to increase your audience from 1,000 to 1,000,000. This finding is similar to other forms of content.

Reposting on Facebook increases your reach if you have low fan reach. The second posting only reaches 30% of the original fans (aka the overlap). 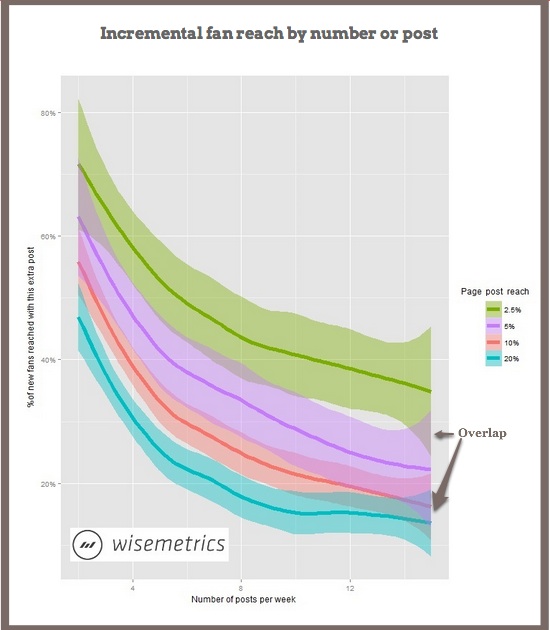 84% of Fans of Facebook Pages are active every day.

That’s significantly higher than 61% of Facebook users who are active every day.

Most days of the week are similar in terms of the number of fans online. But Sunday is the best day to post! 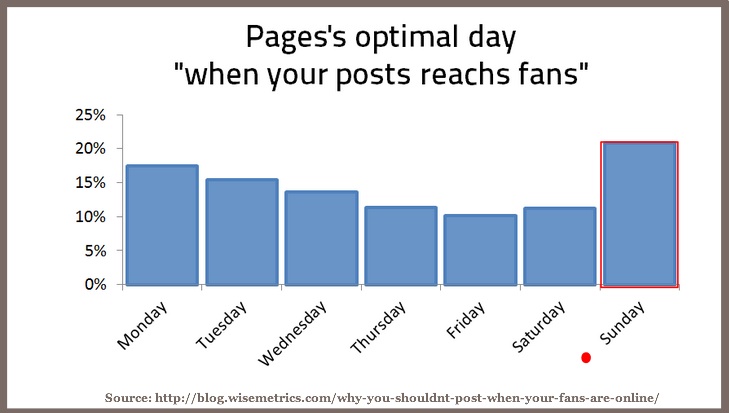 Most Facebook Pages have the same peak usage. For almost  30% of Pages, the “optimal” hour for posting is between 9 pm and 10 pm. Since most people are on Facebook and posting at this time, your Page has increased competition! This makes it a poor choice for posting. 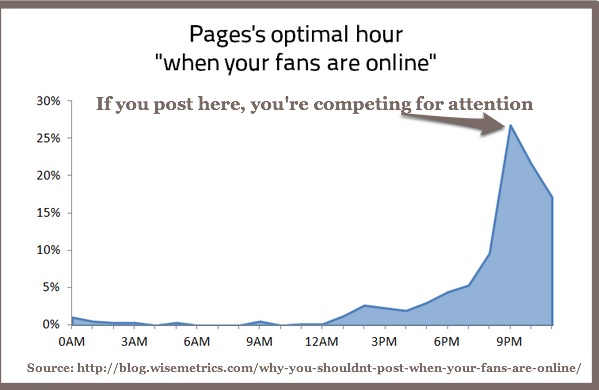 Instead choose another usage peak to reduce your competition for user attention. 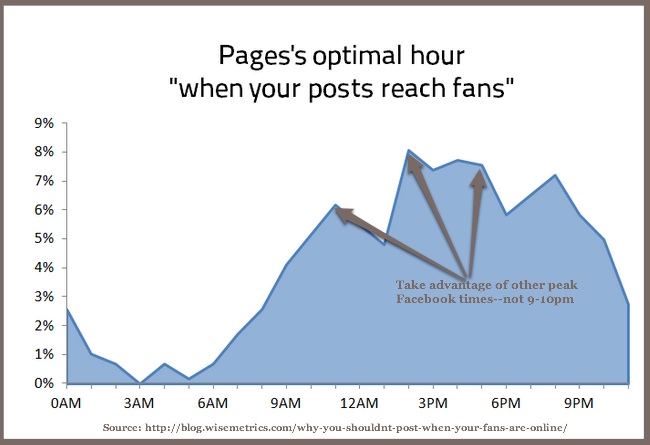 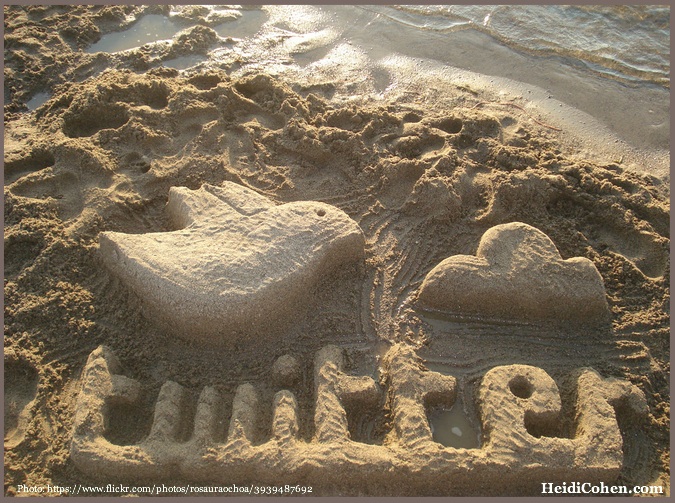 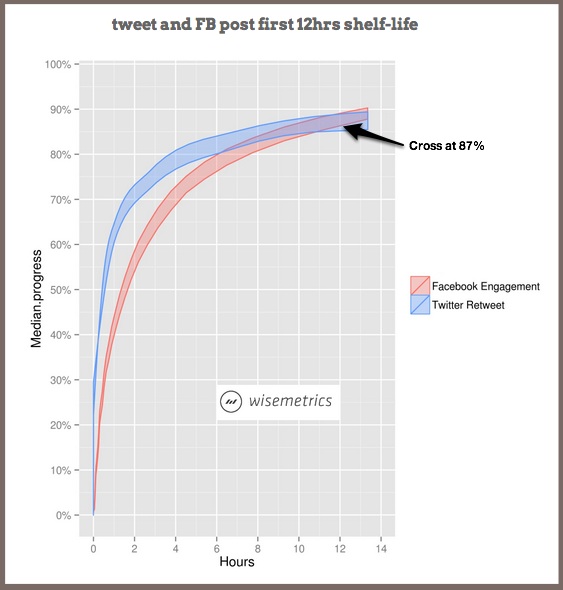 Don’t forget to take some time to understand your Twitter community structure. This will help you to tailor your tweets better.

Of course, you don’t want to sound like a broken record. Modify your tweets to get more mileage from each one. Don’t stop there–try these 16 ridiculously easy ways to increase retweets.

according to analysis by Tomasz Tunguz. 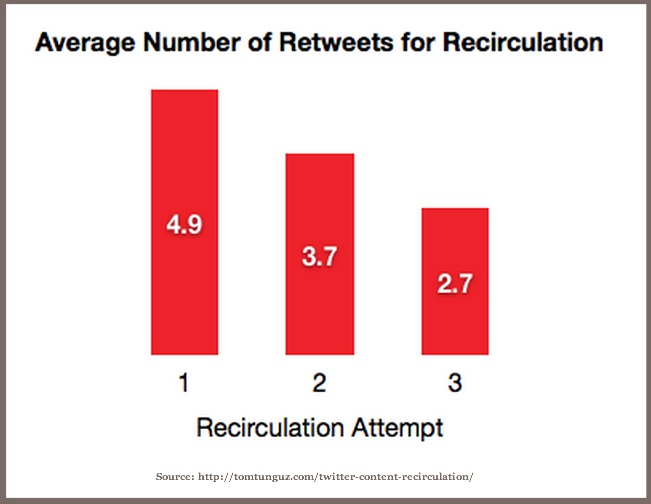 To maximize Twitter reach, selectively retweet an article if it attracts 9 or more RTs. Intuitively, this makes sense since a more popular post should yield more traffic. 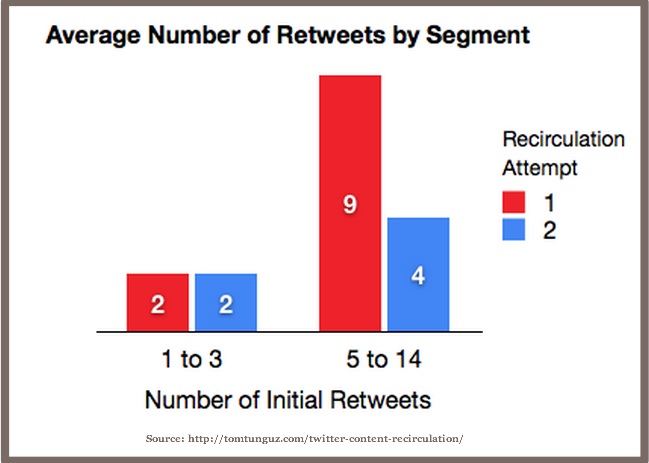 Also, repost your content to extend your time in the social media limelight and maximize your social media ROI.

What other methods have you found to increase social media reach?