Social Media ROI: What 10% of B2C Firms Do Right 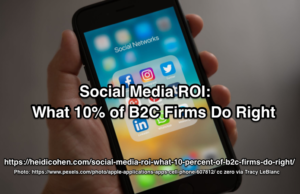 Only 10% of B2C companies have organized their social media activities to yield ROI through significant improvement across different aspects of their business according to 3Q2013 by TCS.

For these B2C firms, social media is a game-changer requiring organizational and cultural transformation to maximize their investment. 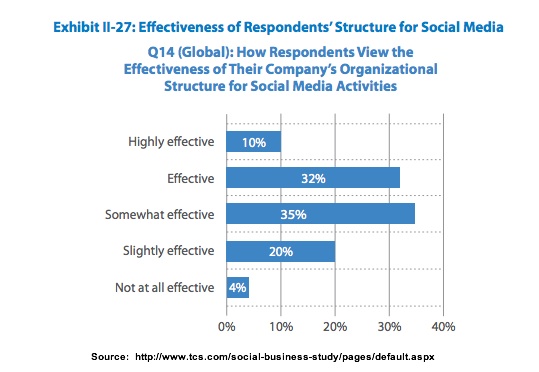 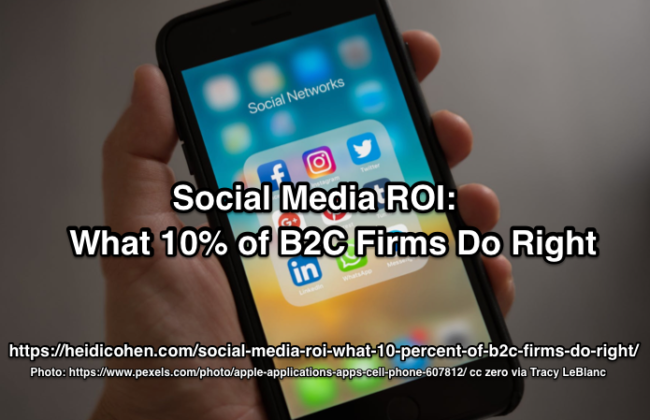 Based on the global research of TCS across North America, Europe, Latin America and Asia Pacific, the 7 elements of social media success are:

1. Are transparent as an organization.

The social media leaders have a policy of corporate transparency among employees and customers.  For this to succeed, it’s critical to have social media guidelines. 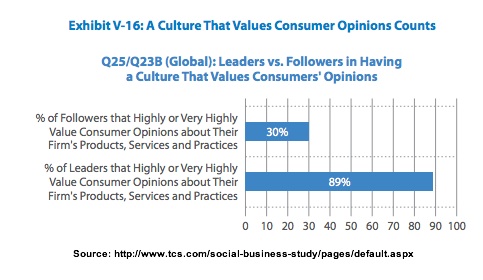 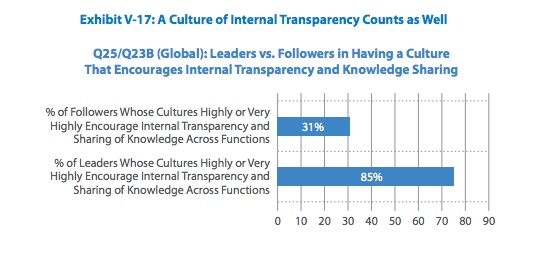 2. Use a variety of social media platforms. 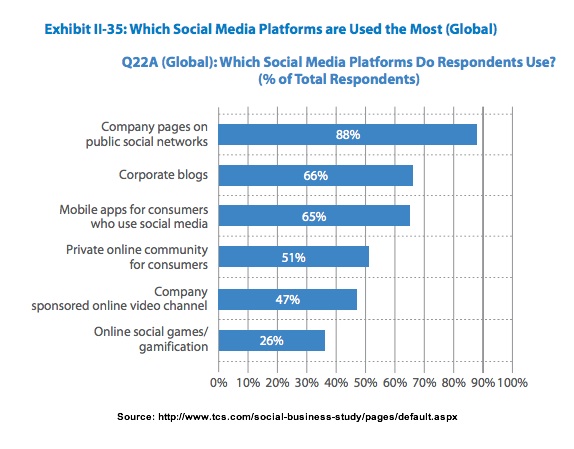 Facebook is the hands down, must have social media network, used by 88% of companies. (Want to diversify your social media offering? Here are 50 states of social media.) 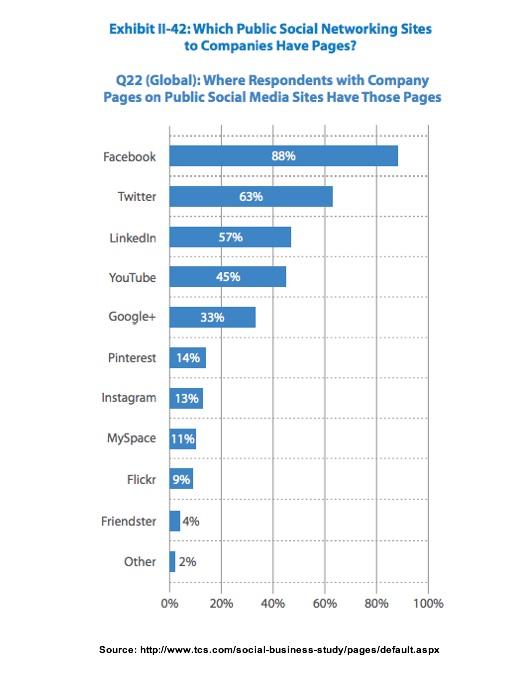 By contrast, social media leaders will spend an average of $28 million with a median of $7 million. 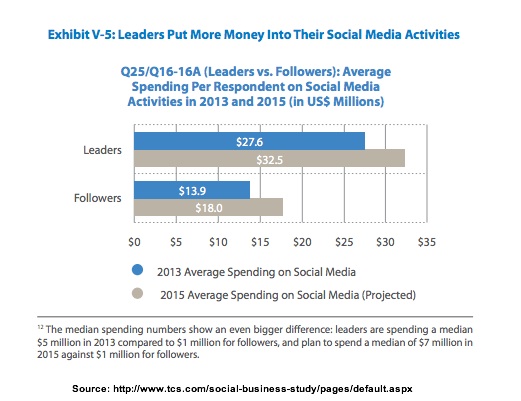 There’s a big difference in the amount companies spend on social media.

B2C companies spend less than a quarter of their big data budget on social media. 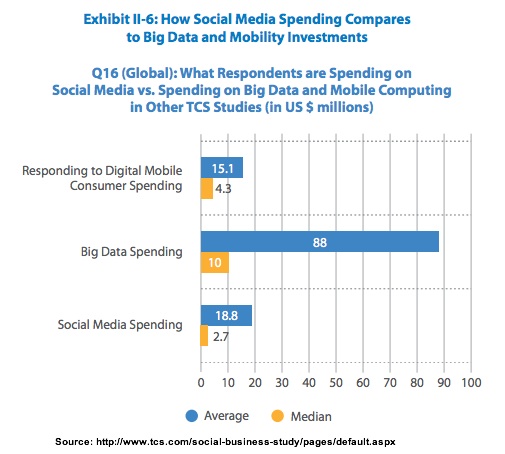 4. Have internal social media team that works across functions.

Almost half of respondents centralized the social media function at the corporate level. 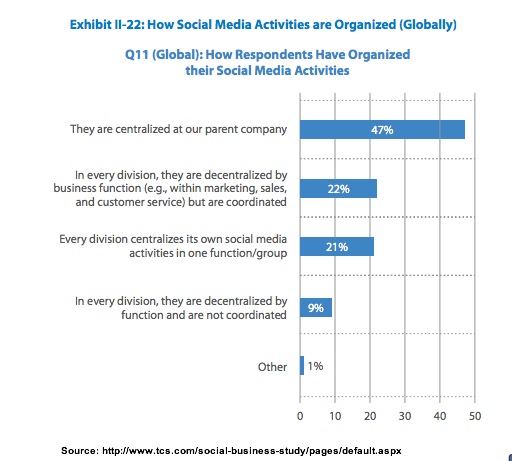 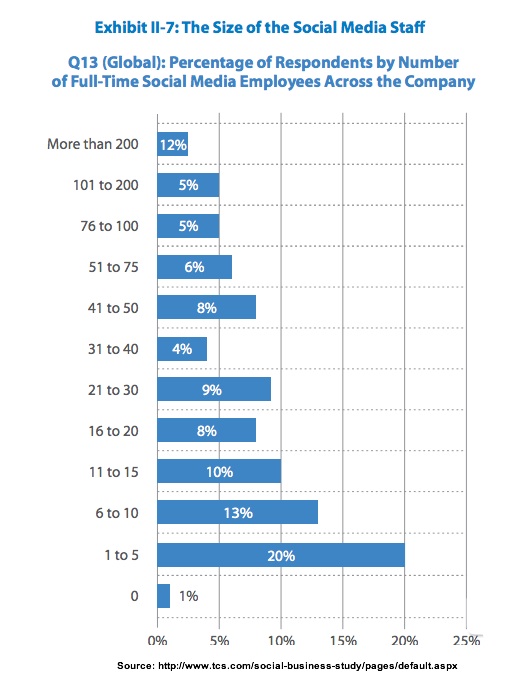 4 or more functions work together on social media for over a quarter of respondents.

For an effective social media strategy, diverse input is required. At a minimum, the 3 front line functions, namely, marketing, customer service and sales, must be focused on what’s being said on social media.

BUT, other departments should be involved in social media to gather useful input, namely R&D and product management. 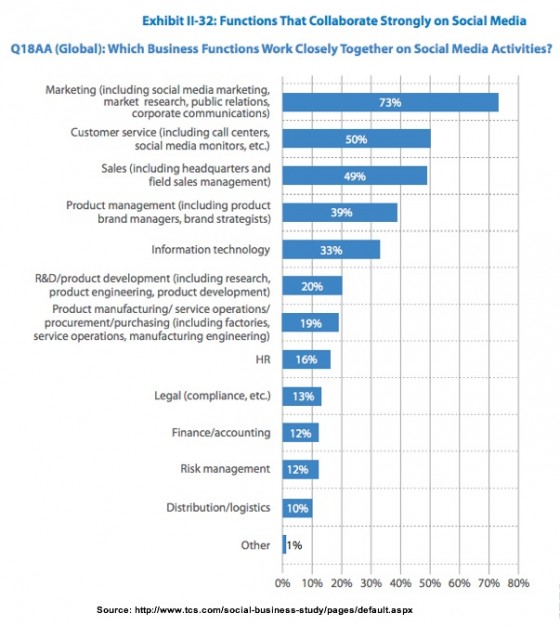 6. Control social media outside of marketing.

About half of B2C companies plan to restructure their social media function in 2014. 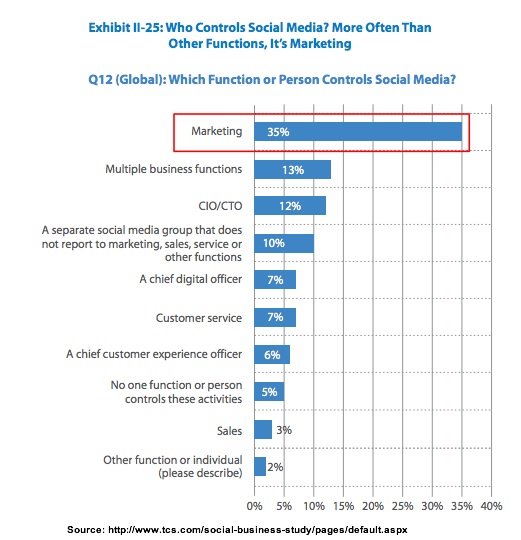 For leaders, social media is controlled by a variety of different functions. 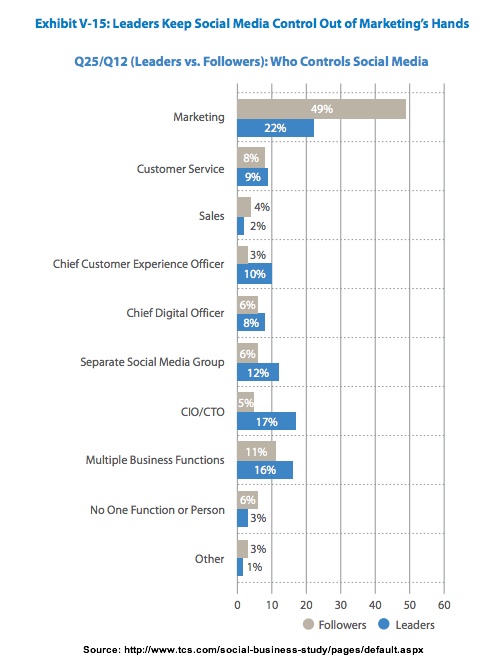 56% of respondents measure the return on social media investment. Location matters since companies in Asia-Pacific and Latin America were more likely to have a positive social media ROI than those in North America and Europe. (BTW–Here’s the secret to making social media measurable.) 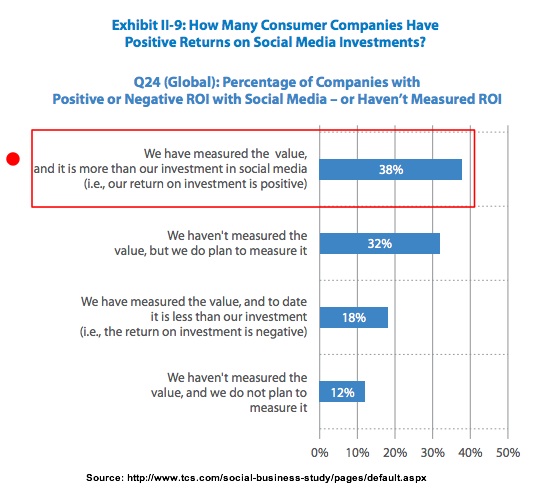 Leaders have over 3X the rate of positive social media ROI over followers. 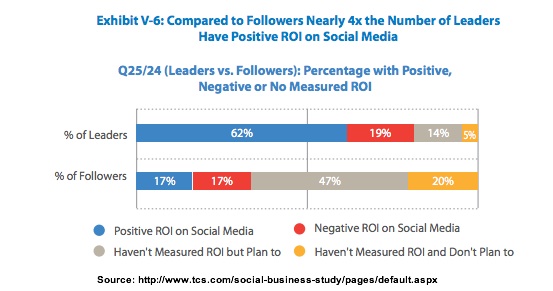 Ability to track social media ROI is related to having concrete goals and metrics in place. When it comes to social media, most B2C firms focus on branding. 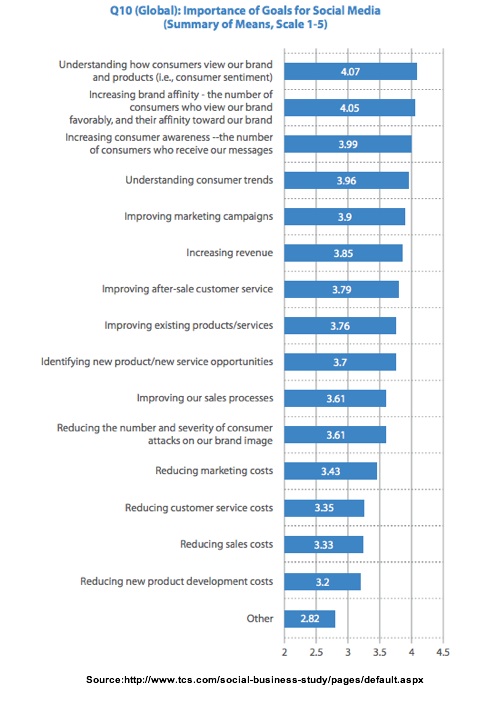 While closer examination shows that many of the 16 improvement attributes were brand related, social media improves sales and the related process as well as reducing a variety of costs. 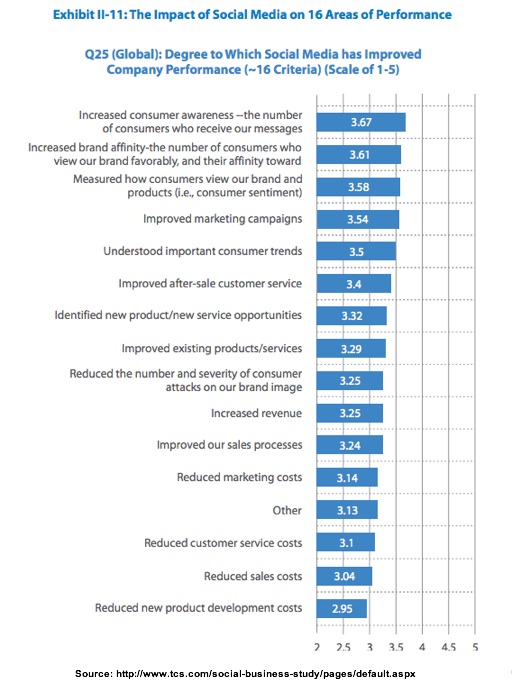 For B2C businesses, social media drives bottom line ROI. To maximize your organization’s return, use these 7 social media factors as a guide to transform your business.

What else would you add to this list and why?

One Response to Social Media ROI: What 10% of B2C Firms Do Right