What Social Media Is Media Means For Your 2017 Marketing 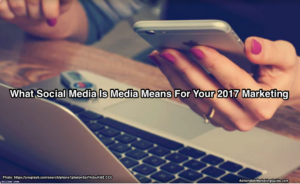 It became full-fledged media in 2016.

But this article isn’t about Trump.

It’s about how you as a marketer need to approach social media in 2017 to succeed and drive profitable sales.

You can’t think about social media as a place to engage with prospects or distribute your content.

You need a social media strategy that’s integrated into your business and marketing plans.

Social media is media means for your 2017 marketing 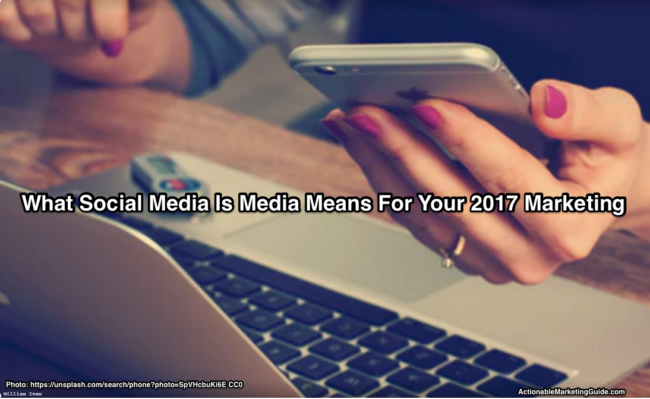 On average, people spend just under 2 hours per day on social media according to Global Web Index. 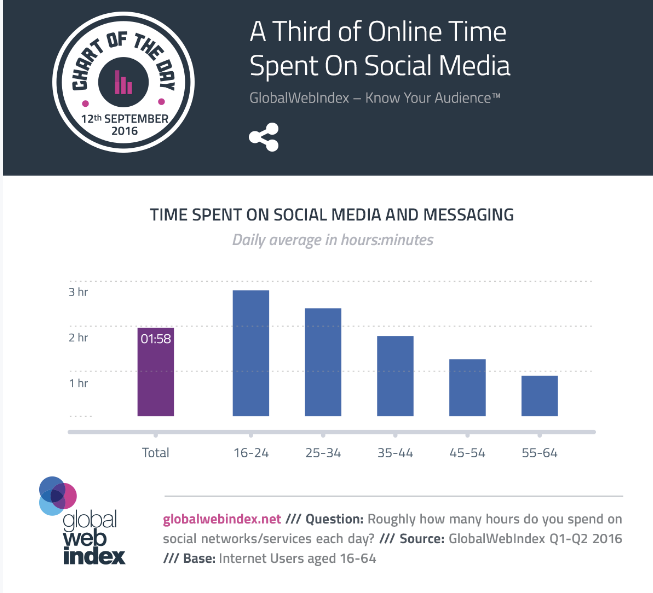 Social media is both an entry point and destination for participants. They go directly via an app, a URL, or an email. Social media entities don’t need to advertise or promote to build their audience.

Underestimate the power of communications links at your peril. Social media platforms use email to encourage members to return.

Social media platforms tap into their audience’s FOMO (aka: Fear of missing out) combined with the power of connections and curated stories to drive repeat visits.

Social media networks deliver information using a variety of content formats. Participants can use the device of choice. This enables them to time-shift and fill otherwise media-free time.

Expect Facebook to improve its workplace product to capture a greater share of user attention. It’s also a competitive move against Slack.

2. More people get news from social media than other resources

News is no longer appointment media consumption. Drive-time radio is the exception; it’s retained its listenership unlike newspapers and television news shows.

60% of US based adults get news from social media according to Pew Research. 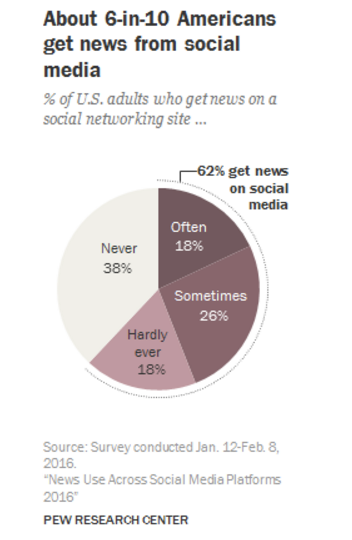 Social Media Delivers The News In The US – Chart

Look closer to see how the social media networks rank for news distribution. 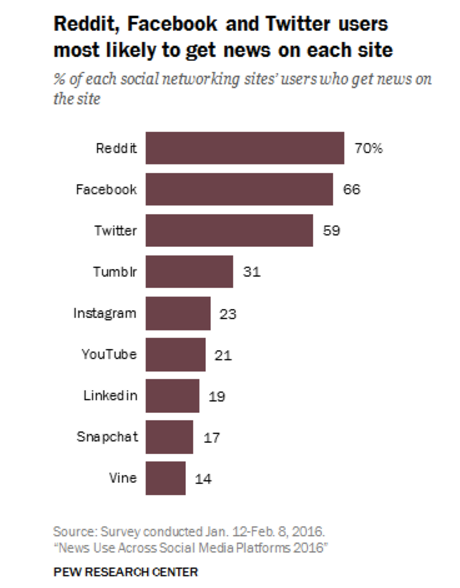 This has important implications for other news aggregators like Hacker News and Inbound.org. They have the ability to gain traction as second-tier social media competitors. This is particularly relevant as the need to amplify content distribution increases.

On a personal note, I turned to Twitter for immediate news in September when an explosion occurred near my apartment quickly followed by sirens. Twitter yielded immediate, personal but incomplete information. By contrast, the local news took time to catch up relying on social media streams for images.

Social media entities don’t pay for content rights the way that traditional media does. Instead, they tap into user-generated content from their audience.

With the issue of election fake news, there’s increased demand for old-fashioned fact-checked content. This has an impact on both Facebook and Google (for it’s search results).

Despite Zuckerberg’s statements, editorial guidance by social media entities will be required to maintain advertising revenue in 2017. Major advertisers want to control the editorial context of their ads. When at The Economist, I pulled a digital campaign when my ads were adjacent to adult content.

Social media is no longer a free media ghetto for startups and solopreneurs.

Together Facebook and Google dominate 75-85% of the digital media advertising market. The variation depends on the research source.

Jason Kint concisely tweeted this point in July 2016 and updated it in December 2016. He compared IAB and PwC data.

Facebook will place ads during videos over one minute in duration to increase revenues. No surprise here—It’s the television model.

Millennials only watch YouTube ads as long as needed to be able to view the video that’s blocked based on research surfaced by eMarketer. Expect YouTube and other social media networks to also place ads mid-view and/or as text overlays. 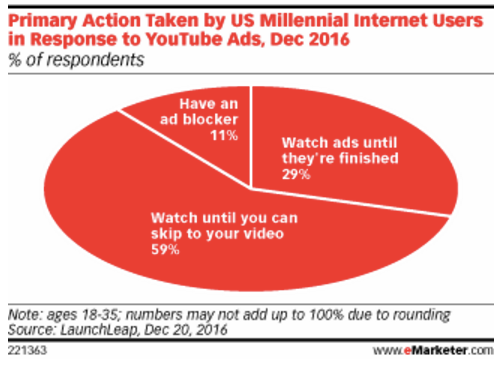 From a retailer-perspective, social media platforms including Facebook will need to improve their direct-to-purchase advertising and related functionality. Or lose advertising to other options.

What social media is media means for marketers

You need a social media strategy. This strategy must be integrated into your marketing and business plans.

Interestingly, social media research doesn’t focus on this key business element. Most other marketing research does, especially content marketing. (BTW, this is the core element of Content Marketing Institute-MarketingProfs’s research.)

Your social media strategy must include these 5 core elements:

1. Goals: This is your social media mission. It answers the question:

2. Audience: Encompasses your prospects and customers, employees and promoters (influencers and other social media followers).

4. Distribution: Consists of organic and paid content and communications to develop audience relationships, amplifying your content reach and leveraging the power of influencers and thought leaders.

5. Metrics: Tracks the measurable results towards achieving your business objectives. This breaks down into smaller actions.

The social media is media bottom line for marketers

Like it or not, as a marketer, you need social media.

Further, you have to be smart about your social media use. You can’t just show up when the spirit moves you or your boss is checking on results.

Your business depends on it—especially now that social media is media!

BTW, if you want to improve your social media results, please join me at Social Media Marketing World 2017.