Social Media and Branding: Is It Worth The Money?

How to Align Your Social Media and Marketing Budget

While over 90% of brands use some form of social media, they don’t put their marketing muscle behind their social media execution. Recent research by Technorati raises questions about the disconnect between being on social media and using it as an effective marketing conduit.

According to Technorati Media’s 2013 Digital Influence Report, 41% of marketers spend $10 million or less on digital media. To put this in perspective, the media cost for a single 2013 Super Bowl ad was between $3.7 million and $3.8 million. 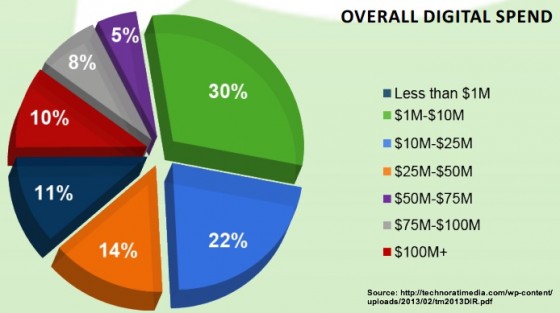 The lion’s share of this digital marketing spend or two-fifths is allocated to display advertising, One in eight ads across the web is socially enabled according to comScore. While not specifically social media, these ads encourage customers to engage by “Liking” or “Following” them on social media platforms. The benefit of this consumer activity is that it provides earned media impressions.

Of this digital advertising pie, social media advertising comprises only 10% of total ad budget. Of that social budget, more than half goes to Facebook while YouTube and Twitter together comprise about a quarter of the budget. (Not included in these numbers is video production that accounts for 14% of the total digital spend.) 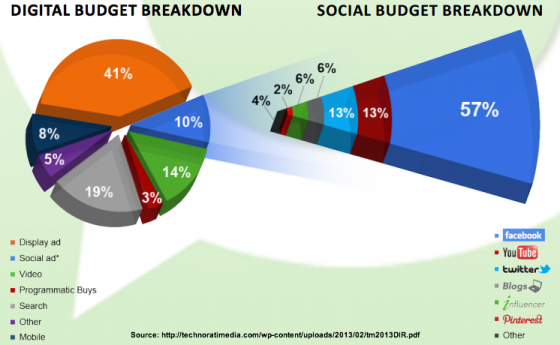 While Facebook, Twitter and YouTube are high on marketers’ lists, based on Technorati’s research, only a third use blogs and about a quarter use Google+.  Given the size and time spent on the big three, it makes sense that marketers include them in their social media plans. That said, the fact that blogs and Google+ also help support search makes it surprising that these two social media options aren’t used more broadly. (Here are fourteen more charts on social media and brands.)

In fact, GM dropped Facebook advertising from their marketing mix prior to the Facebook IPO while they kept their Facebook page. Unlike traditional media where the media cost tends to be significantly higher than the advertisement, on social media, the cost of staff engagement and related content are higher than the media expense.

An example of how social media marketing can be effective without related advertising (traditional or social media based) was Oreo who made a great splash or should I say dunk at the Super Bowl. By having it’s social advertising firm and marketers watching the game together in real time, they were able to take advantage of the stadium blackout with a clever tweet that earned lots of attention in the marketing press after the game. 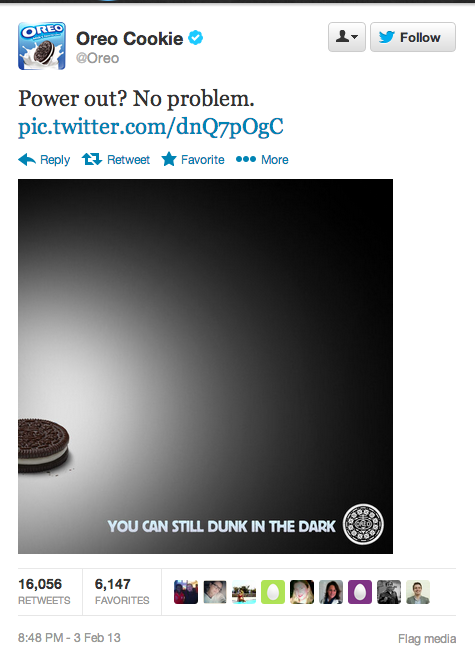 By contrast, Poland Spring, owned by global marketing giant Nestle, blew a great social media opportunity by not responding or taking action when Senator Marco Rubio reached for a bottle of their water during his State of the Union response. Without advertising, Poland Spring should have commented or communicated via social media; alternatively, they could have sent Rubio a case of water.  Instead Rubio carried his own bottle of Poland Spring with him during his post-speech press interviews the next morning. 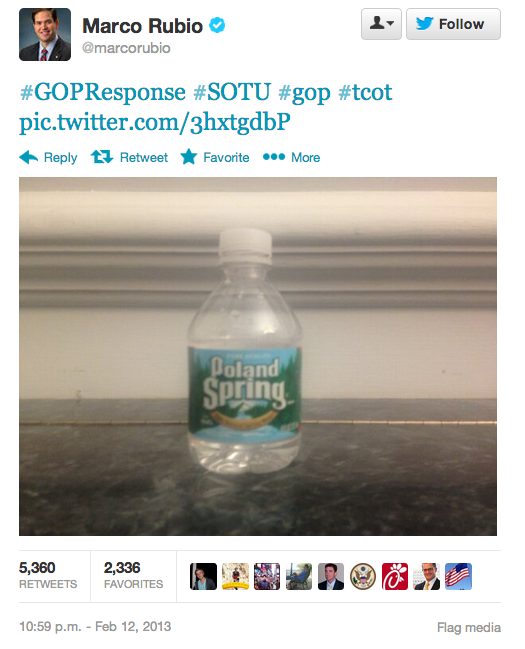 What these social brands do track is earned media across a variety of metrics. 55% of brands do so according to Technorati’s findings. Yet, their metrics tend to only assess earned media impressions that lead to further social media activity. There’s no connection between social media generated brand impact and purchase related actions.

This research underscores the need for brand marketers to go beyond considering social media in the traditional sense of being a media entity. It’s more than a place to post and distribute promotional messages. Social media requires being social. To this end, brands must engage with their prospects, customers and fans as humans and understand why they’re on social media.

What has your brand experience been on social media?

One Response to Social Media and Branding: Is It Worth The Money?