5 Tips to Get Your CEO On Social Media [Charts] 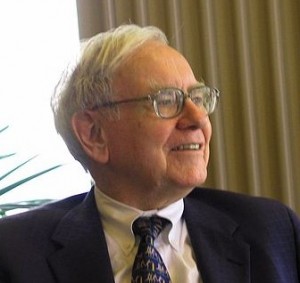 Despite their corporate standing, CEOs aren’t on social media, according to BrandFog’s 2013 CEO, Social Media, and Leadership Survey. These findings echo earlier research by The 2012 Fortune 500 Social CEO Index that found 70% of the Fortune 500 CEOs had no presence on social media!

Why are CEOs missing from social media? They’re afraid of making a PR misstep or they don’t think it’s worth their time despite the fact that customers believe that CEOs who are on social media are more trustworthy. 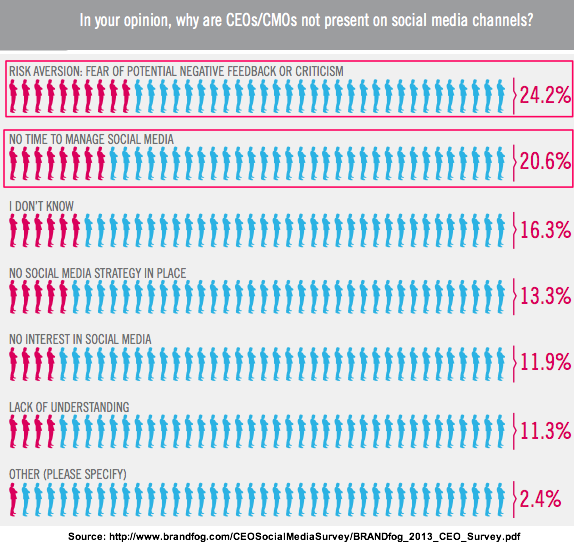 2. About half of CEOs take an ostrich approach to social media. 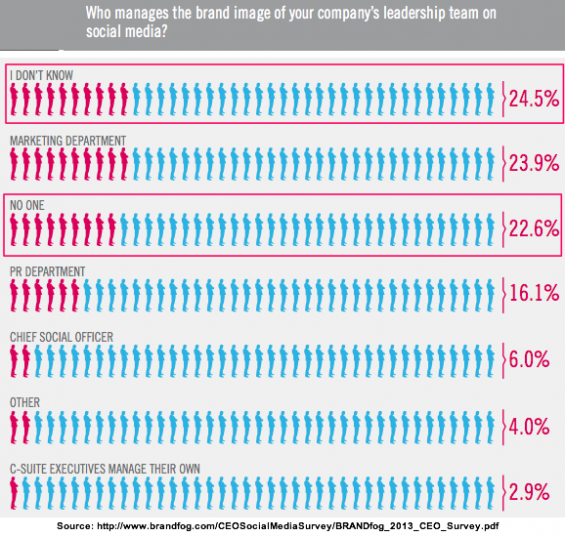 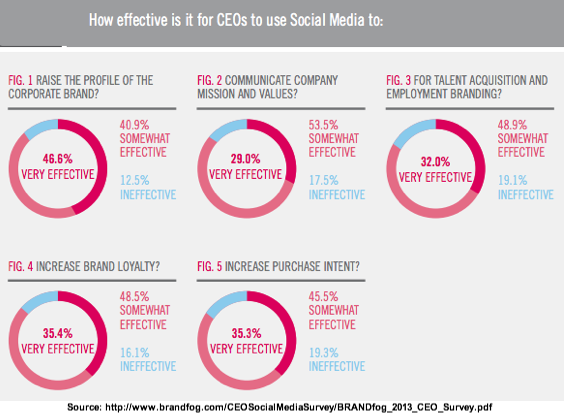 Social media is no longer a flash in the pan. It’s time that your CEO built his or her presence and started to engage in real time with prospects, customers and the public; to help build your business’ brand and sales. Understand for many CEOs the first step is the scariest.

How does your CEO handle social media for your organization and what implications does it have for your business?

Do you want to find out more about blogging and content marketing? If so, please join me, I’m speaking at: