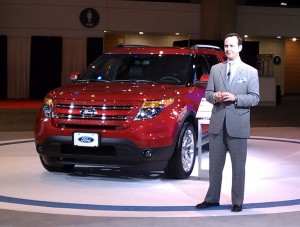 The old school marketing model of quarterly advertising campaigns no longer works. In today’s social media ecosphere, your marketing always needs to be on. With social media, half of the battle is just showing up. Of course, if you only appear for your daily tweet, that’s still just a one-way broadcast message distributed on a social media platform. Understand that social media participants won’t be happy because they don’t perceive that to be participation.

In a world where the average American receives 3,000 ad messages a day, consumer trust is at an old time low. When consumers are surveyed about whose opinion they trust, the answer is consistently friends and family. The subtext is that real life connections matter. Given this lack of trust, it’s no surprise that marketers are turning to social media marketing. They need some way to get out from behind their advertisements and engage with their prospects, customers and the public at large. Monty calls it the Dale Carnegie School of Social Media Marketing based on Carnegie’s best selling book Winning Friends and Influencing People (Affiliate link). (Hey—I wish that I could take credit for that one!) Social media marketing is about people and humanizing your brand so that prospective customers think, hey I could do business with these folks.

In Monty’s view, human nature hasn’t changed over time. As people, we want to be acknowledged and contribute to something larger than ourselves. Social media enables businesses to do this. Under Monty, Ford has started doing this both internally and externally.

Monty is fortunate because Ford employees are passionate about the company and the brand. According to Monty, many have blue, Ford logo tattoos and/or t-shirts. Talk about identifying with and believing in your company. Not what you expect to hear about an old-fashioned American rust belt industry!

In Monty’s words, there are the five important social media steps.

Some of Monty’s actions may seem small to active social media participants but, as the social media face of Ford, Monty has changed public opinion with his activity. Done selectively, these actions have had a broader, multiplier effect. For example, on Saturday, November 22, 2008, Robert Scoble wrote Why I Love the US Auto Industry on his tech-oriented blog, Scobleizer.com, and Monty responded to the post that afternoon getting Scoble’s attention.

While Monty’s made great strides with social media, understand that if Ford’s products weren’t meeting higher performance and quality standards including being energy efficient, green and technologically sophisticated, the social media wouldn’t work.

The big take away was that companies must show up and be part of the social media conversation. Further, they must treat their audience, both employees and the public, with respect and actively listen to them. One of the most important elements of a successful social media campaign is consistent engagement to change your market’s opinion.

What’s your opinion of the Dale Carnegie approach to social media? Please share your perspective in the comments section below.