The Press Release Is Alive and Kicking 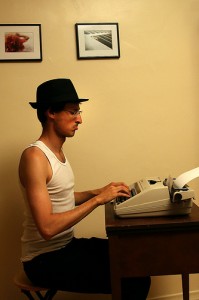 A press release is a company-crafted statement about a noteworthy person, product or event that’s issued publically through one or more formats to the media. Thanks to Todd Defren and the Shift Communications team who introduced the social media press release in early 2006, the plain vanilla press release has evolved to leverage a broad spectrum of social media tools where content is created and information is disseminated. A social media press release brings together different content formats and distribution channels to accomplish a variety of business goals. The press release’s audience isn’t limited to the media; it can be customers, investors and/or the public. Therefore, contrary to Simon Dumenco’s opinion expressed in his Ad Age column, RIP, the Press Release (1906-2010) — and Long Live the Tweet, the press release is alive, continually adapting, and driving measurable results.

While Twitter and other forms of social media are great for supporting your public relations goals, especially with regard to breaking news, time-sensitive information and crisis management support, they are only one ingredient in your public relations and marketing communications mix.  By contrast, press releases give marketers the following five benefits to help attain your business goals:

3.     Provide cross-media effectiveness. Unlike some forms of social media that require members to be logged in, a press release can be picked up by a diverse set of media entities. In fact, some readers seek out press releases as a form of news via platforms like Google News.

4.     Possess longer shelf life, especially if posted on your company’s own website. Unlike the never-ending stream of information distributed across a broad spectrum of social media platforms, press releases can have another life after your main story starts to fizzle, especially if your public relations team is able to spin the story from a different angle.

5.     Reach broader audience. Press release can be picked up by a wide variety of traditional and non-traditional media entities. Further, a good press release can get a boost from social sharing and old-fashioned word of mouth. It’s not limited to followers on a specific social media site.  In this regard, it’s important to point out that entertainers tend to have larger followings than companies.

The bottom line is that the press release isn’t dead. While social media, especially Twitter, can be a useful addition to your public relations and marketing functions, they still need to be integrated into your overall marketing plan to work effectively. When assessing how to distribute your firm’s message, the press, news and/or social media release should be in your marketing toolbox. Consider your goals for the information you’re releasing and the prospective audience so you craft your message appropriately. Then decide which channels and formats you wish to use to disseminate your message.

What’s your opinion regarding press or news releases? Do you think that they’re still relevant in today’s social media world? Please add your comments below.