How To Make Your Super Bowl Ad Memorable

The coincidence of today being Groundhog’s Day and the Super Bowl made me laugh.

Originally, Groundhog’s Day was the early Christian holiday of Candlemas, a day when priests gave out candles to keep dark winter homes lit.

After moving to the US, Germans elaborated on this late winter holiday.  They named it Groundhog’s Day on February 2, 1887 in Punxsutawney, PA.

Unfortunately, the groundhog has a 40% success rate at predicting winter longevity.

Since I was out of New York during December, I’ve missed most of this season’s meager snowfall.  Regardless of your beliefs about global warming, I remember the big, thick snow that lined our long driveway 20 miles north of the city.

In 1997, Bill Murray starred in the movie, Groundhog’s Day, and gave the holiday a new meaning: Being stuck in time.

Since the Super Bowl was played on Groundhog’s Day this year, Jeep got Murray to re-enact key elements of the movie for their ad.

The movie’s story provided a memorable framework for Jeep’s commercial. So they could make Murray’s relationship with Punxsutawney Phil standout in their bright orange Jeep. 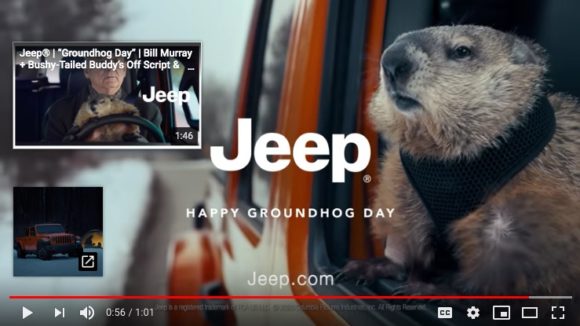 With more streaming and paid content options, the Super Bowl remains network television’s prime opportunity to attract a mass audience for 3+ hours on the first Sunday in February. This year, Fox sold 30 second spots for as much as  $5.6 million. And that doesn’t include creative costs.

Both Amazon and Google showed how people use voice-first devices.

By contrast, Google put the audience at the center of their ad in a way that underscored the human side of technology. In the spot, a man asks his device to help him remember the small moments of his life with his wife. The ad shows how people can use Google Assistant to meet their personal needs.

While a number of advertisers used the Super Bowl to spotlight women, I applaud Microsoft for focusing on Katie Sowers, an offensive assistant coach for the 49ers.  Like Jeep, Microsoft benefited from the 49ers being in the game.

But more importantly, Sowers was the first female and openly LGTBQ coach to appear in the Super Bowl. And Microsoft celebrated Sowers. 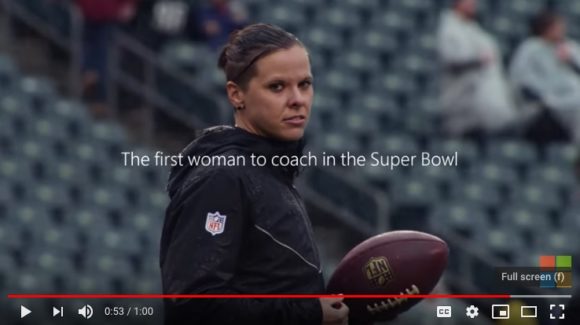 For the first time in its history, the Super Bowl allowed political advertisers, namely Michael Bloomberg and Donald Trump. These ads upped the price for political advertising and underscored the ability of only the very richest candidates to pay for them.

But, more importantly, these political ads underscore the more critical and less discussed topic of the blurred line between advertising and fake news.

Why?
Because the content in these political ads potentially contained unchecked facts.

According to Edelman’s 2020 Trust Barometer, advertisers are accountable for the fake news on the platforms where they advertise. Specifically: 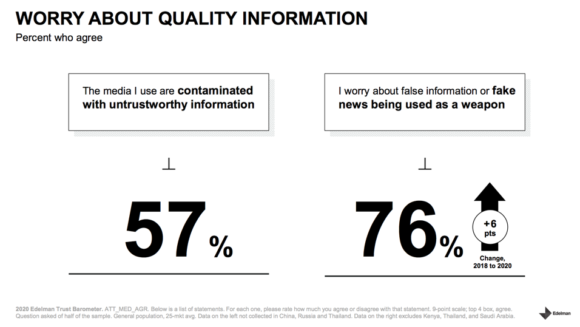 Looking to improve your marketing skills to get better results?
Then consider attending these events:

► Social Media Marketing World, either live or virtually. While I won’t be attending this fun and information packed event this year, you should put this conference on your calendar if you use social media.

PS: Do you have a friend or colleague who would benefit from reading the Actionable Marketing Guide newsletter? If so, please forward this email to them?

Want to add voice to your marketing mix this year?

Then use this How To Guide. It outlines 10 marketing tactics and related tips you can implement to help your business become voice-first.

FEATURED ARTICLE: Branding On A Budget 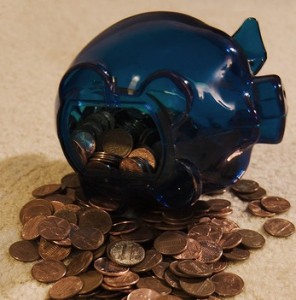 Think you need an expensive branding agency to develop a brand that helps your business cast a bigger shadow?
Then read Branding On A Budget.

It provides you with a checklist of 30 elements to build your brand.

Use these 20 projections complete with data and charts to help you reassess your 2020 marketing plans.

It even includes a TL;DR summary if you lack the time to digest the full piece! (Don’t worry—I won’t be insulted.)

BTW–They include voice first and branding!

HEIDI COHEN AROUND THE WEB

Get the lowdown on what to expect in 2020 and beyond from 20 true marketing smarties including Marcus Sheridan and Ann Handley (and me). Courtesy of Impact Marketing’s Chris Marr. Chris gets a big tip of my hat for asking one of the most incisive roundup questions.

What’s holding you back from being the best marketer in 2020? 20 experts sound off?