How Do You Stand For What’s Important?

Hi from New York City where the sun has played hide and seek all week. 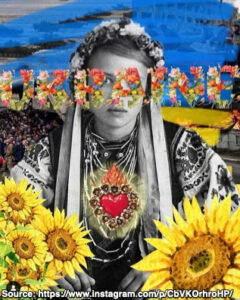 Its playfulness marks the beginning of spring.

Buds have started peeking out all around the city as we slowly awaken to a truly post-pandemic era.

► How Do You Stand For What’s Important?

It breaks my heart that the Russian Invasion of Ukraine continues to indiscriminately kill civilians including pregnant women and sick children.

Since marketing is grounded in the study of military strategy, it’s easy to see how Putin gravely miscalculated the Ukrainians’ strength and love for their homeland. Unlike marketers, Putin never built a marketing persona by talking to Russians in Ukraine.

During his 20 minute inaugural speech in 2019, Volodymyr Zelensky said,

“I really do not want my pictures in your offices, for the President is not an icon, an idol or a portrait … Hang your kids’ photos instead, and look at them each time you are making a decision.” [Source: Daily Dad]

For marketers, President Zelensky’s comments are important. Because your brand, including the people, symbols and sounds that represent it, must stand for what is most critical at the core of your business.

What motivates Zelensky to stand and fight the Russians and to refuse to be rescued?

Like the soldiers and citizens fighting alongside him against incredible odds, it’s his 2 young children. It’s for their chance to live in freedom and to know that when it counted, their parents sacrificed everything for them.

So what can we do?

“We can resist and fight the strong and the evil who will do what they will.
We can make them pay for every inch and dollar of it. …
We can do what we must.
[Because] no species survives long without a will to do so, without a will to protect itself.” [Source: Daily Stoic]

What did stoic Ryan Holiday do in the face of the strong and the evil? 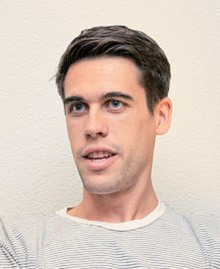 Holiday contributed the total of his estimated royalties from Ukraine and Russian translations of his books, about $15,000.

Holiday chose the Ukrainian charity, The Come Back Alive Foundation. It funds body armor, supplies, training, and more for the soldiers defending Ukraine.

Like a good marketer, Holiday created momentum from his actions to inspire others including authors like Tim Ferriss, Robert Greene and Neil Strauss.

Donate to The Come Back Alive Foundation 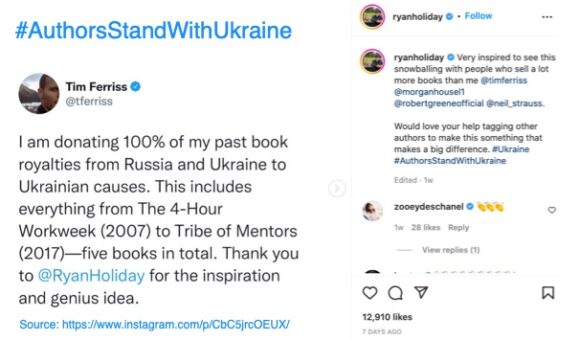 Your actions, no matter how small or how big, help the larger community. In this case, you can help the people of Ukraine either:

Why do we need to act now?

BECAUSE WE MUST DO WHAT WE CAN TO SHOW OUR WILL TO SURVIVE.

Because Ukraine’s survival means the survival of democracy and the free world. Not only for ourselves, but also for our loved ones, our community and the next generation. 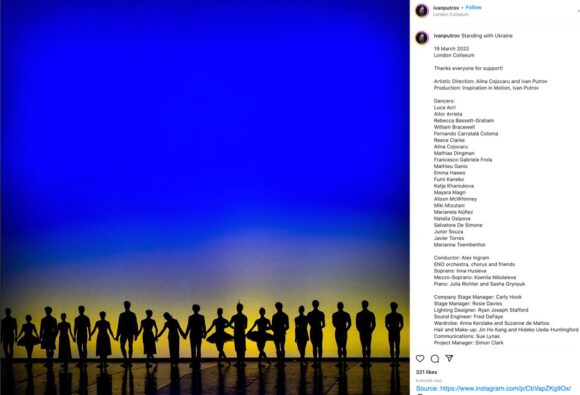 Not an AMG subscriber yet? Click and Signup Now!

Marketing Lesson of The Week

Many markers think that they can hire any influencer based on the number of followers or views and their marketing will succeed.

BUT, nothing could be further from the truth. Instead:

Because the reality is circumstances make true influencers like Arnold Schwarzenegger, the former Governor of California.

Don’t take my marketing word for it!

Why?
Schwarzenegger’s Hollywood stardom, macho image and link to the Kennedys would captivate Russians—including Putin. Hill said, “It would be very hard to intimidate someone like Arnold Schwarzenegger, and the real substance could go on behind the scenes,” [Source: BuzzFeed]

Growing up in Allied-occupied Austria, Schwarzenegger experienced the impact Nazism had on ordinary citizens. Coupled with his massive following across platforms, he is uniquely positioned to communicate across extreme partisan political lines.

For example:
Schwarzenegger compared the invasion of the Proud Boys Capitol on January 6, 2021to the Nazis who participated in Kristallnacht, The Night of Broken Glass.

On March 17, 2022, Schwarzenegger spoke out against Russia’s Invasion of Ukraine. He did so by speaking directly to the Russian people.

“I have a message for my Russian friends, and for the Russian soldiers serving in Ukraine: There are things going on in the world that have been kept from you, terrible things that you should know about.”

Schwarzenegger hasn’t just read the Hollywood lines in his movies. He learned from his movie scripts how to make his messages memorable.

Schwarzenegger tells a story about watching his Russian hero, Yury Petrovich Vlasov, the World Weightlifting Champion, become the first human being to lift 200 kilograms over his head in 1961.

What does this mean for you as a marketer?
Schwarzenegger uses his story to make his relationship with Russians and Vlasov in particular personal.

Schwarzenegger’s story builds trust with Russians so they pay attention to his message. In his words (from his video:)

“So I urge the Russian people and the Russian soldiers in Ukraine to
understand the propaganda and the disinformation that you are being told.

I ask you to help me spread the truth so that your fellow Russians will know the human catastrophe that is happening in Ukraine. 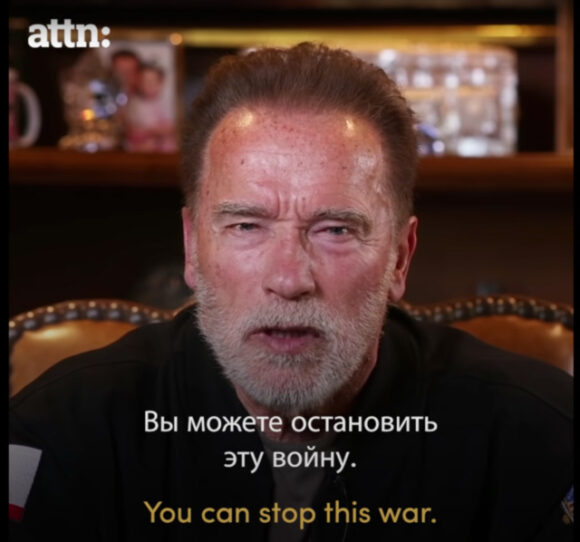 Music is one of the 3 major forms of sound. (The other 2 are words and ambient noise.)

As Edison Research’s Share of Ear reveals, people over 13 get their audio content from a variety of sources: 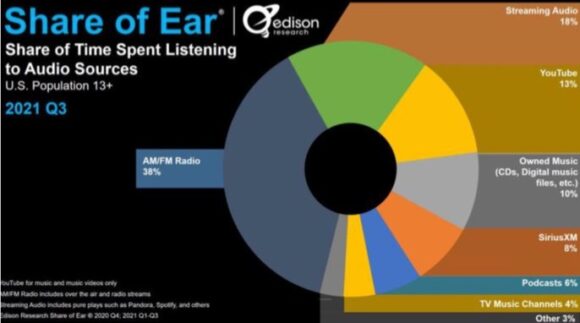 Global music streaming subscriptions reached 523.9 million in the second half of 2021 according to MIDIA Research. With about a third of the streaming subscribers, Spotify controls the majority. 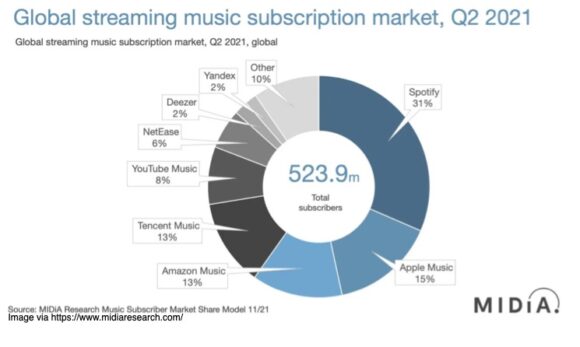 None of this research lists Instagram as a platform to stream music.

Yet world renowned musicians have turned to Instagram to share their music to highlight the brutality caused by the Russian Invasion into Ukraine. Notable among them is Sting who says:

“I’ve only rarely sung this song in the many years since it was written, because I never thought it would be relevant again.

But, in the light of one man’s bloody and woefully misguided decision to invade a peaceful, unthreatening neighbor, the song is, once again, a plea for our common humanity.

For the brave Ukrainians fighting against this brutal tyranny and also the many Russians who are protesting this outrage despite the threat of arrest and imprisonment – We, all of us, love our children. Stop the war.”

According to Violinist Kerenza Peacock who is a soloist with the Royal Philharmonic and Adele:

“Violinists are a fellowship who all have rosin and broken E strings in common, but sadly some are currently having to think about how to arm themselves, and hiding in bomb shelters instead of playing Beethoven or bluegrass. Some more Ukrainians wanted to take part, but now have guns in their hands instead of violins.”

So what did Peacock do?

She used Instagram to communicate and make friends with other Ukrainian violinists hiding in shelters with their beloved instruments.

In the process, Peacock created a community of violinists via Instagram that extended beyond Ukraine. They played Verbovaya Doschechka, an old Ukrainian folk song arranged by Illia Bondarenko. Since he filmed it in a subway station between explosions so he could hear himself play. 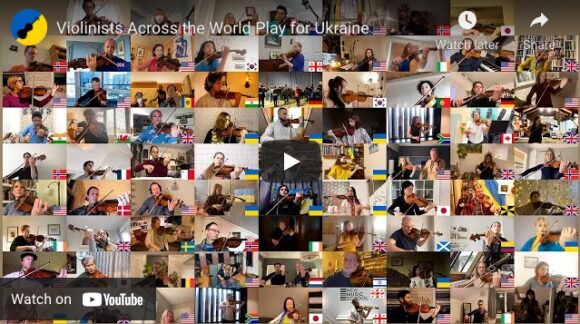 Peacock asked colleagues across the world to accompany 9 Ukrainian young violinists sheltering in Ukraine in harmony.

Among the groups was the entire second violin section of the Helsinki Philharmonic Orchestra. They filmed their accompaniment in the Helsinki underground, in the place they would go if Helsinki was bombed.

Peacock received hundreds of videos from 94 violinists in 29 countries in 48 hours!! They included:

“Einstein said that no problem can be solved from the same level of consciousness that created it. The solution is not throwing bombs around the world. You may think I am naive, but the world is made of vibrations and music has the power to heal us spiritually, emotionally and physically. Einstein would agree with me- he was a violinist too!!” (Source: Instagram)

Not an AMG subscriber yet? Click and Signup Now!

► Show That You Welcome Prospects & Customers.

While New York City and other locations have removed their mask mandates, business leaders have been slow to make employees return to work locations. As I showed last week, this movement has harmed many small businesses causing them to shutter.

While I don’t have the ability to change the entire New York City economy, I can make conscious decisions about where and how I purchase. That’s why I choose to frequent Pasticceria Rocco on Bleecker Street in the heart of the West Village.

Beyond amazing Italian coffees and pastries, Rocco’s window sign says it all:
WE DO NOT DISCRIMINATE

This isn’t expensive marketing. They could have printed the sign at a local copy shop for under $20.

What matters is that they publicly say that they do not discriminate and list a wide range of individuals. Then they walk the talk. 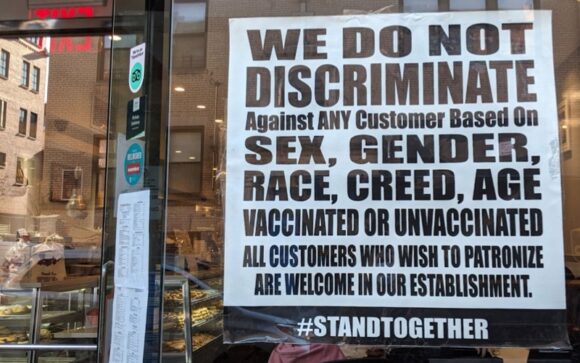 Based on Edelman’s 2022 Trust Barometer, Rocco’s has its priorities right. Since people expect businesses to take leadership roles and get results to help their broader community. Rocco’s hashtag reads #StandTogether.

If a small family-owned business can get this right, why can’t your business? 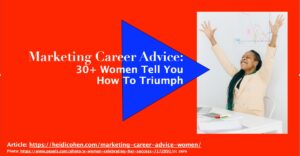 ► Marketing Career Advice: Women Tell You How To Triumph

In honor of International Women’s Day, learn what 30+ marketing women have to say about the challenges they’ve faced in their careers. 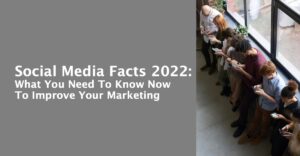 ► Social Media Facts 2022: What You Need To Know Now To Improve Your Marketing

Want to understand the dynamic digital landscape?
We’ve collected and analyzed the most recent social media facts for 2022. Also includes charts and actionable marketing tips to help you make your business case.

► Check out April Dunford’s Obviously Awesome: How to Nail Product Positioning so Customers Get It, Buy It, Love It

Dunford provides the roadmap you need to create positioning for your product. It’s the “how to guide” you need to achieve Al Ries and Jack Trout’s, Positioning: The Battle for Your Mind.

Learn from leading content entrepreneur, Joe Pulizzi, and his team at The Tilt. 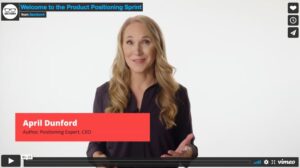 Plan Ahead: Mark Your Calendar

VoiceLunch is a global, free-wheeling, online community exploring the use of voice. Sign up for the newsletter to get the full schedule of VoiceLunches.

This Friday, AMG’s CTO, Larry Aronson, will be presenting “Adding Voice To WordPress.”

By Creators for Creators: Join 500+ fellow creators to explore the latest strategies, tactics, and tools — plus make valuable connections — for achieving big success as a new breed of content entrepreneur.

Special AMG reader discount: Get $150 off — Use code: AMGCEX

► Content Strategy Collective Live – June 8-9th.
Organized by MarketMuse, it will explore the strategies that content marketers and SEOs use to succeed.

The Marketing Artificial Intelligence Conference (MAICON), returns to an in-person event this year.

If you enjoy reading the AMG Newsletter, I would appreciate it if you forwarded it to your friends and colleagues.

P.S.: Want Heidi Cohen to contribute a quote or other commentary to your next article, presentation, video, research and/or book? Then hit reply to this email and ask.