If You Groupon, Will They Come? [Data] 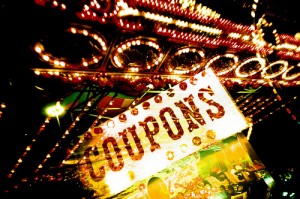 Groupon, the dominant player in the group coupon industry, just filed for a $750 million IPO roughly six months after turning down a $6 billion purchase offer from Google last December. As the first mover in this market, Groupon gets one fifth of its traffic from direct referrals due to top-of-mind association, according to Compete.

Groupon and the Deal-a-Day market 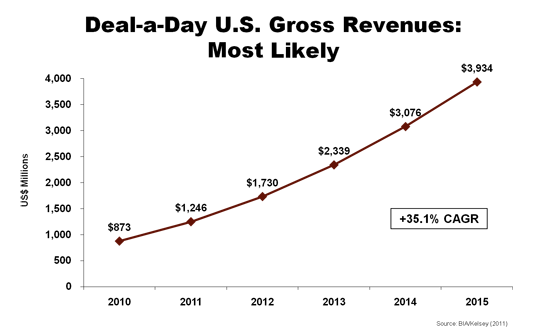 Amazon acquired Groupon’s nearest competitor, Living Social, in December 2010. Based on Compete data, Living Social’s subscriber base increased 140% in the last quarter. Its traffic peaked after its successful January, 2011, Amazon offer. The market is definitely heating up and consumers shop for the best deal. Groupon is of Living Social’s fifth biggest source of traffic and less than 10% of Living Social’s traffic is direct, according to Compete. 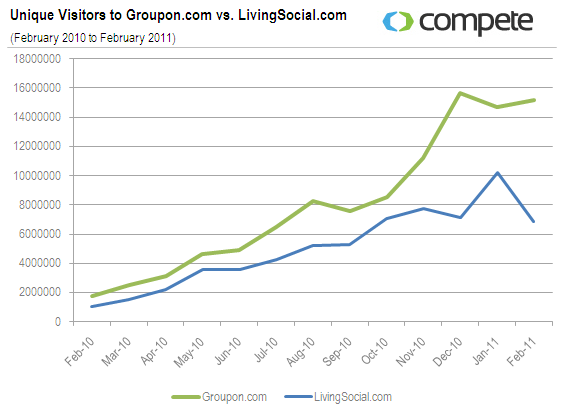 From a longer term marketing perspective, there are five significant challenges to Groupon’s group buying model.

I appreciate that the deal-a-day model is great for consumers who selectively buy product  for less or for services that are a treat that they’ll never use again. But, as a marketer –show me the money. Where’s the long-term value of these customer for retailers who are potentially hurting their margins and their brands?

If you’ve used a Groupon or similar service, particularly as a merchant or marketer, please share your experience.

As background, here are some related columns on Groupon.

2 Responses to If You Groupon, Will They Come? [Data]