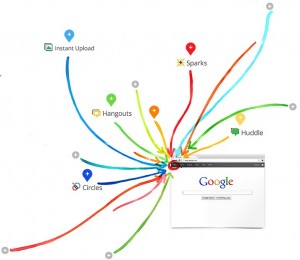 Have you earned your Google Plus (aka Google+) cred yet? If you’re not one of the Pluserati, chances are that you’re still coming up the Google+ learning curve or maybe sitting on the sidelines because the thoughts of building a presence on yet another social media platform seems too daunting.  The reality is that if you’re a marketer or involved in technology or social media eventually you’re going to need to take the dive. Granted that Google+ is another Google product and Google hasn’t been very effective at social media beyond YouTube, but give it a test drive. As the old ad said, try it, you’ll like it!

To help you get your Google+ on, here’s a round up of the best resources to get you up to speed quickly and efficiently.

Google Plus: The facts, nothing but the facts

While there’s no doubt that Google+ is off to a running start, you may want to take a closer look at what’s behind the numbers.

These resources are the Google+ manuals. Dip into them to see which ones work best for your needs. Remember that Google+ is still in beta and this information continues to evolve.

Who’s who of Google Plus

These are the folks who’ve risen to the top of the Google+ ranks. Don’t get discouraged since many of them had a head start by having strong followings on other platforms.

Google Plus meets the spin cycle

Here are some articles from established media sources to share how they view or assess Google+.

What the experts say about Google+

While everyone wants to be in the know and part of the cool circle (Google+ speak for gang), take some time to discover what some of the social media marketing thought leaders are saying. Interestingly, many of these experts have found that their articles on Google+ are among their most popular to-date.

Can you find me now? What Google Plus means for search marketing

What do the search experts have to say about Google+ and what do you need to know.

Get your tech on – Integrating Google Plus and technology

Do you want to be on top of how to integrate Google+ into platforms and tools? Then this section’s for you!

Let’s play – How marketing can use Google Plus

While Google Plus isn’t ready for prime time marketing, you should be testing it on your own and making sure that it’s in your plans for next year. Here are some early indicators for marketers.

Regardless of your feelings for Google, Google+ is here to stay. Therefore, the sooner you get onto the platform and test it out, the faster you’ll be able integrate it into your marketing plans. One thing’s for certain, it’s critical to include it in your next year’s plans and related budget.

Please add me to your circles on Google+.

Big tip of my hat to everyone who’s work is cited in this post. You’ve really help get new Google+ users on-board and have contributed to the community as a whole. Also, big thanks to my webmaster, +Larry Aronson, who helped assemble this post.

5 Responses to Google Plus: 62 Must-Have Resources