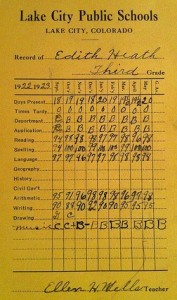 Like PeerIndex and Twitlyzer, Klout is one of the new online metrics sites that tries to provide an influence report card. With Klout, as with any single metric, the challenge is that determining true influence requires measuring a variety of online and offline factors. While Klout gets kudos for getting out and engaging the public on the topic of influence, like it’s online peers, Klout’s report card overlooks the impact of offline activities on an individual’s grades. While it helps to share your knowledge online and build a social media tribe, you can’t overlook the importance of engaging in real life.

12 Types of people who have offline clout

12 Ways to expand your offline influence

Are you looking to expand your offline influence? Here are twelve ways to increase your clout. At their core, these recommendations are about showing up and participating in your community.  Bear in mind, they may not translate to online Klout.

Want to expand your offline influence (aka: clout)? Bear in mind that it takes work. Offline clout takes longer than its online cousin because the channels of communication don’t provide the same speed or the equivalent reach. Therefore, remember to incorporate a longer lead time to attract the same relative level of influence.

Are there other factors that you’d include on this list? If so, what are they? Please comment.

Here are some related articles on the topic:

Here a tip of my hat to #UsBlogs for inspiring this post. This post is part of this week’s blog commentary on @Klout.

Note: This is an example for the We ♥ Bloggers Contest with a chance to win Chris Brogan and Julian Smith’s Trust Agents.  Just write a blog post using one of these 125 Free Blog Titles. Also, give your favorite blogger some recognition on Twitter using #BloggerLove.