Etsy’s Not Real-Time PR and Communications 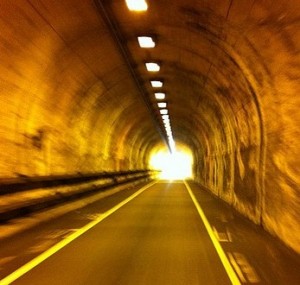 Etsy has been slow to respond to its real-time PR and communications firestorm about derogatory greeting cards for sale on its site. Belatedly, Adam Freed, Etsy’s Chief Operating Officer announced on the company’s blog that Etsy has changed its policy regarding products that promote hatred and demean people. Specifically, the changes are:

We no longer allow items or listings that promote, support or glorify hatred toward or otherwise demean people based upon race, ethnicity, religion, gender, gender identity, disability, or sexual orientation; including items or content that promote organizations with such views.

Touching a nerve in the Etsy community, Freed’s post has garnered close to 1,000 comments since its publication. To put this number in perspective, it’s important to understand that most people don’t comment on blogs and that you must be a registered member of Etsy’s community to comment. Therefore, this shows how hot a topic this is for Etsy’s community.

Scan the comments and you’ll see that readers are engaged and writing more than just one or two words. While many of the comments support the change, there’s concern about how the community will be regulated going forward. More than just voicing their opinions, this community cares about its future. It also shows that Etsy’s community has taken on a life of its own and has become a force that Etsy’s management must take into consideration.

While the strength of Etsy’s community was most likely the driving force behind this policy change, given its timing, it’s difficult not to believe that Etsy’s management felt compelled to change the dialog on its venue after the Tucson shootings since they further added the following to clarify and amend their policies:

Regardless of Etsy’s behind-the-scenes discussions, the firm took a socially responsible step towards reducing the opportunity for discriminatory and/or derogatory products and comments on their site. As with the rest of the country in the aftermath of the Tucson shootings, Etsy is trying to change the discourse in its community. How a community as strong and independent-minded as Etsy’s will react over time will be worth watching. More important is the realization that we’re all responsible for how our online and social interactions can be interpreted and the impact they can have on others.

What do you think about Etsy’s policy changes? Do you think that Etsy responded appropriately and in the right forum for their community? If not, what would you have done differently?

NOTE: Etsy has yet to discuss or comment on the fact that they removed comments from their Facebook page related to this topic. This goes against accepted practice of social media engagement. Etsy still needs to stop removing comments they don’t like and address the issue.