Posted on May 4, 2011 by Heidi Cohen in Content Marketing | Comments Off on Digital Media: Four Screens No Waiting [Chart] 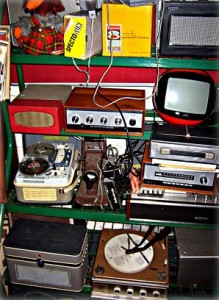 The digital media landscape is in flux despite the fact that Americans spend over ten hours a day consuming content. A year after Apple introduced the iPad, Americans consume content on four major categories of devices: televisions, computers (including desktops, laptops and netbooks), tablets and smartphones. At the same time, content consumption continues to change and adapt with the evolution of devices and user functionality.

With the expanded choices of digital media devices, Americans’ content consumption has changed.

To understand how to incorporate these four digital media devices into your marketing plans, here’s a chart. 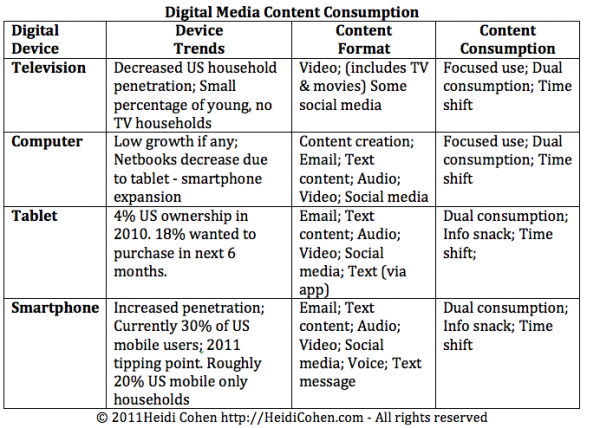 As a result of these technology changes, here are four factors that should be incorporated into your marketing plans for the rest of 2011.

As a marketer, it’s critical that you provide for these different forms of content consumption across various devices to ensure that you’re able to capture your target market’s attention when and where they’re ready to pay attention to your message.

How do you see this digital device evolution? How do you foresee these trends playing out? Please include your perspective in the comment section below.