Tumblr: Why Marketers Don’t Get It (& How To Engage) 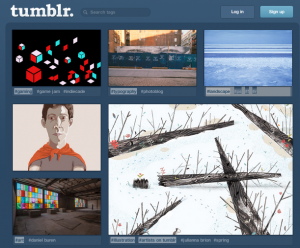 Does your marketing content act as an attention magnet to attract the largest audience possible? If not, then check out Tumblr, a six-year-old content sharing community with impressive numbers. Tumbler is not on many marketers’ radar, even though it’s many ways similar to the ubiquitous website or blogging formats.

According to Tumblr founder, David Karp, “The content that does best is the content that surprises you.” To that end, let’s take a look at the surprising opportunities Tumblr has in store for content marketers.

Tumblr by the numbers.

To better understand what Tumblr can do for brands and marketers, examine the numbers.

How Tumblr differs from other social media sites

Tumblr plays to your business’ creativity in telling your story, which is at the heart of great content and great marketing. Just remember to check your promotions at the door.

Tumblrs provide a home for your visual content, regardless of length. If it’s attractive and interesting, readers will discover it.

Do you use Tumblr? If so, what have your results been?

Sign up for FREE Daily Emails! Get FREE Actionable Marketing Tips delivered right to your inbox

Big thank you to  Toby Daniels of Crowd Centric and Social Media Week.