Posted on July 29, 2010 by Heidi Cohen in Social Media | Comments Off on Cisco Tries to Copy Old Spice’s YouTube Success

10 Ways to Fail at Social Media 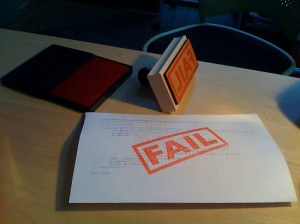 10 Ways to fail at social media

For executives and marketers who are reluctant to provide necessary budget and headcount to social media marketing because its “that stuff we can get for free”, Cisco’s copycat version of Old Spice’s runaway social media viral success provides a teachable moment.  Here are 10 pitfalls to avoid while moving your social media efforts forward.

Cisco’s copycat efforts underscore the need to ensure that your social media marketing efforts have sufficient resources and headcount. Remember that social media initiatives need an integrated plan to ensure they work with your other marketing and business activities. To protect your brand and your employees, it’s critical to have social media guidelines. As a teachable moment, the failure of these eighteen videos to create any buzz should help make the case for additional scope and budget for your social media campaigns.