Made in America Wins Big for Super Bowl Ads

Posted on February 7, 2011 by Heidi Cohen in Advertising, Branding | Comments Off on Made in America Wins Big for Super Bowl Ads 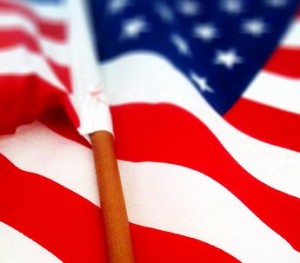 Super Bowl car advertising did something that the Obama administration should do for the American economy. Instead of driving in circles, they took pride in American manufacturing and made it sexy. They took Obama’s spirited Change You Can Believe In slogan and showed that, Yes – America can make cars that compete in the world market. “Made with pride in the USA” was emotional and sexy.

Chrysler nailed it with a feel-good ode to Detroit, the motor city. The Chrysler ad was powerful and did everything that a strong branding ad should. It grabbed viewers and took them for a wonderful, emotion packed ride through the streets of Detroit in a way that made us wonder where we were. Did Chrysler need Eminem? The ad might not have been worth his fee but the ad was pure Detroit and Eminem is the hometown boy. Detroit, a city that’s been economically challenged in this weak economy, had its Rocky moment (pardon the pun) and emerged a Super Bowl winner. The Chrysler ad checked in at number one on the Brand Bowl because it appealed on many levels. It was the underdog turned winner story that showed what we as Americans can do if we try. This ad gave an American car the sex-appeal usually reserved for foreign imports. With the tag line, “Imported From Detroit” it will hopefully increase sales of American made Chryslers. The ad was created by Wieden & Kennedy, Old Spice’s agency and it’s a good bet that it’s just the beginning of a bigger campaign.

By contrast, BMW’s X3 ad did the opposite. It took a brand known for being a high priced, high performance, foreign import and rebranded it as “Made in America”. Far from relying on the usual BMW sex appeal, they introduced their family, the American workers who take pride in making BMW cars in South Carolina. With consistent repetition, this ad drove home the message: “BMW X3: Designed in America, Built in America”. The subtext to this ad was jobs, jobs, jobs. (Are you listening Mr. President?)

Regardless of what type of car you drive, you had to feel proud to be American. The car ads, packed with stories, emotion and fun, pulled you in. They gave cars the brand attachment needed to set them apart in viewers’ minds. It was Madison Avenue finding it’s way back to its branding roots with strong stories. This year, “Made in America” was the big story.

What did you think about these ads? Do you think the Obama administration can use this type of appeal to get back the positive feeling about the economy?