Can you hear me now? – 8 Ways social media has transformed customer service 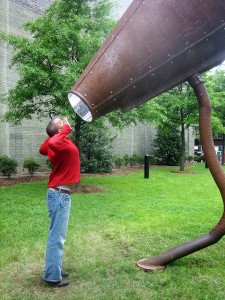 Social media has provided consumers with new options and platforms for expressing themselves, sharing their opinions, and amplifying their voices.  When companies don’t perform up to customers’ expectations, they use these social media channels to express their dissatisfaction often bypassing corporate communications. Among the most notable cases are Dell Hell, A Comcast Technician Sleeping on my Couch and United Breaks Guitars.

For companies that aren’t listening, these posts can gain significant reach quickly outweighing your own marketing message.

Good customer service translates to increased business. Results from recent research by American Express: consumers spend 9% more when they receive excellent service and about 4 out of 5 customers buy again from a company providing good service. As a result, customer service, traditionally viewed as a cost center to be optimized, has broadened its mission to become a critical center for managing communications and interactions with consumers.

Here are eight ways that social media has the potential to transform customer service:

Social media has blurred the line between marketing and customer service by providing more platforms and entrance ways to your firm. In the process, both corporate and consumer generated content has provided a variety of types of customer support that can be easily shared. If used effectively, these tools can help you convert prospects to buyers at critical points in the buying process and provide insights that help to improve your offering.

One Response to Can you hear me now? – 8 Ways social media has transformed customer service