Can Social Media Make You a Super Hero? 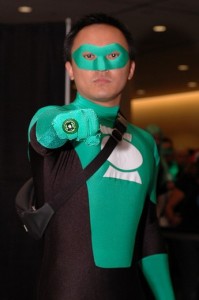 While The Green Lantern aims to satisfy our summer craving for action-adventure movies, as kids, we read about The Green Lantern and other super heroes in comic books and fantasized what it would be like to have their special powers. Social media gives us the power to make a difference in ways that are super. It’s up to us how we choose to use these special abilities.

Like the gods of yore, our comic book super heroes are larger than life. Super heroes, similar to the gods, were created in man’s image and had these three attributes.

3 Ways social media can make you a super hero.

With social media you can be a super hero, even if it’s only for your social network. The challenge is using social media’s special powers to support your community, not your own personal goals!

In what other ways can you use your social media super powers? What have you been able to accomplish with them?

Hat tip to Christopher S. Penn for inspiring this post with his presentation at the 140 Character Conference.