Posted on November 2, 2010 by Heidi Cohen in Marketing | Comments Off on 6 Marketing Lessons from This Year’s Election Days 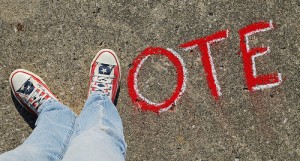 This year’s congressional elections are generating lots of excitement. Between a “throw the bums out” sentiment created by public frustration with the economy and a broad array of unconventional candidates there is plenty for political junkies to talk about. Since elections and marketing have a lot in common, online marketers can learn a thing or two from this year’s political campaigns. Like online shoppers, voters have to go through the various phases of the purchase funnel before they cast their ballot.

Here are six marketing lessons from this year’s political campaigns:

While high profile political campaigns occur every two years in the US, your marketing campaigns are on-going. They require strong planning against your business goals to ensure that you stay on track and make progress, regardless of the economic environment.

If you have any other examples of this year’s political campaigns that have lessons for marketers, please add them to the comments section below.