Posted on June 22, 2012 by Heidi Cohen in Social Media | Comments Off on 5 Recommendations To Deal With Social Media Firestorms 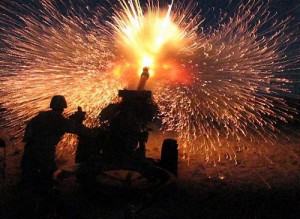 Social media has changed the rules for many businesses. Social media requires understanding your organization’s rights as well as those of your prospects, customers, influencers, social media connections, and the public. Despite what your lawyers tell you, your organization will be tried in the court of public opinion on social media platforms. (Of course it helps to have a plan in case of a PR crisis.)

This is what the US Olympics Committee discovered earlier this week when it sent Ravelry Founder Casey Forbes a cease and desist letter regarding Ravelympics because it made a mockery of the Games. (Ironically, UK based knitter(s) decorated a local bridge with knitted Olympians.) Here is exactly what the US Olympic Committee wrote a group representing highly engaged knitters:

We believe using the name “Ravelympics” for a competition that involves an afghan marathon, scarf hockey and sweater triathlon, among others, tends to denigrate the true nature of the Olympic Games.  In a sense, it is disrespectful to our country’s finest athletes and fails to recognize or appreciate their hard work. (Source: Ravelry.com)

In so doing, the US Olympic Committee (USOC) enraged over 2 million Ravelry knitters, crocheters and spinners over an event that’s been run during previous summer Olympics. Their lawyers underestimated the passion and social media savvy of this engaged group that used the Ravelympics as a way of viewing and supporting the Olympic games.

I call this failing at social media by not really trying.

Ironically, these crafters who neither make money from their finished goods nor use trademarked symbols, showed more fervor than anyone interested in the athletes or games themselves.  They took their indignity over the committee’s insults to the USOC’s Facebook page and to Twitter. USOC Spokesperson Patrick Sandusky’s apology on June 21st didn’t address the disrespect shown to the crafters and, as a result, garnered 279 meaty comments from the Ravelry community. That’s a lot of comments! The USOC did not respond to this expressed outrage for several days! Ultimately, they were forced to amend their apology.

What does this story mean for your business? To help you navigate the social media sea of public opinion, here are five recommendations.

The bottom line is that it’s no longer acceptable to assert your rights without first considering how others who may be highly active and vocal on social media platforms may react. Or you may unwittingly cause a social media firestorm.

What other recommendations do you have for dealing with a social media firestorm?