19 Marketing Experts – What Surprised Them The Most 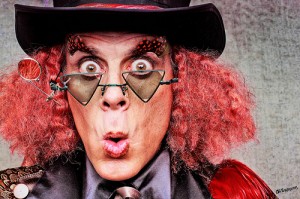 Regardless of how well you plan, every year has a few surprises that catch you while you weren’t paying attention.

Here is what nineteen experts chose as their biggest surprises in the marketing sphere this past year.

1. Nike. Its success with Fuelband, followed by further innovations such as its Xbox Kinect workout program, demonstrated just how ready that brand is to lead in a digitally-driven world. David Berkowitz – 360i, @DBerkowitz

2. Facebook buying Instagram for so much money. I understand the move, but I didn’t see it coming and I’ve been shocked that they haven’t leveraged this more and integrated it better into Facebook. They spent a lot of money and haven’t done anything with it yet. C.C. Chapman, @cc_chapman. Author of Amazing Things Will Happen

3. I would say the biggest surprise was Pinterest. It really came out of nowhere and took over everything! Marjorie Clayman – Clayman Marketing Communications, @MargieClayman

5. The biggest surprise of 2012 is the lack of true adoption of social media by B2B companies. There is a perception that the overwhelming majority of companies are using social media marketing to reach their customers. Blogs report it. Research studies confirm it. And the media shouts it. But the reality is that many companies who have “gone social” are just using social platforms as another broadcast channel. They are not connecting with customers. They are not driving leads and sales. And they are not connecting their social media efforts to their business goals in a measurable way.  Jeffrey L. Cohen – Salesforce Marketing Cloud (Radian 6), @JeffreyLCohen. Co-author of The B2B Social Media Book

6. It was a pretty big surprise when Facebook bought Instagram for a gazillion dollars.  Gini Dietrich – Arment Dietrich, Inc., @GiniDietrich. Co-author of Marketing in the Round

7. Google’s Penguin update was a big hit for quite a few websites. More recently, Facebook’s deprecation of business pages in people’s newsfeeds was a big hit.  These were the sorts of road bumps that are to be expected, and keep a lot of clients in a tizzy. Other than that, digital has become more of what it’s been promising to be – and that content will continue to be a leading component of a healthy digital strategy. Ric Dragon – Dragon Search, @RicDragon. Author of Social Marketology

8. Facebook buying Instagram in April for $1 billion. The sale was surprising, but the B (in Billion) was, especially! Ann Handley – MarketingProfs, @MarketingProfs. Co-Author with C.C. Chapman of Content Rules

9. The biggest surprise was the freefall of Facebook stock following the IPO. Sure, the company went public without a complete monetization strategy, but the company was such a darling that a softer landing was more predictable. But, like Apple, by the end of the year, shareholders demanded extraordinary business results for extraordinary stock prices. And that’s a good thing. Jeff Hasen – Hipcricket, @JeffHasen. Author of Mobilized Marketing

10. The biggest surprise of 2012 was Instagram being bought for $1 billion in April by Facebook without a dime in revenue and just days after a $500 million valuation. The purchase shows the world how serious Facebook is about mobile. Dave Kerpen – Likeable Media, @davekerpen. Author of  Likeable Business and  Likeable Social Media

11. For me, how rapidly the industry at large has begun to embrace content marketing – a pleasant surprise indeed! All of a sudden, brands see its worth and are scrambling to get their ducks in a row and organize to produce strong, compelling, effective content strategies and content marketing programs.  Rebecca Lieb – Altimeter Group, @lieblink. Author of Content Marketing and The Truth About Search Engine Optimization

12. Google did not make a bigger connection between social and search with the launch of Google+.  There’s no question that Google understands the connection between search and social.  Their big play with Google+ was not just a me-too strategy to compete with Facebook.  Google understands that search drives social and social drives search.  The reality is Google+ is not very exciting to use and lacks participation as a consequence.  Secondly, Google hasn’t done a good job of explaining to anyone why they ventured into this space — even marketers who could potentially understand a well-articulated strategy about the link between two very important components to any marketing plan.  There are indications that Google understands this as it finally launched 24 new features for the Google+ experience just last week.  All of these new additions are now available in for iOS, Android and web user and Google has redesigned its social network’s iPhone app, too.  Google does understand the importance of mobile and prioritizing Google+ features for this platform is wise.  Daina Middleton – Performics.  Author of Marketing in the Participation Age

14. That big brands are starting to take content marketing seriously …and beginning to organize their marketing around it.  Honestly, I thought this would take much longer. Joe Pulizzi – Content Marketing Institute, @JuntaJoe. Author of Managing Content Marketing and Get Content Get Customers

15. The Yelp reviewer slapped with a 750k lawsuit and an order to alter negative comments in December 2012 was a surprising and scary wake up call for many active online reviewers. Free speech versus written defamation can be a controversial fine line, especially if the remarks are subjective. Regardless, this case will certainly set a legal precedence, so online bloggers and reviewers may need to think twice about writing anything negative if they’re had a poor experience.

16. Half of all companies are still clueless that mobile is the new way to go.  Peter Shankman –Shankman.com, @PeterShankman.  Author of Customer Service: New Rules for a Social Media World and Nice Companies Finish First

17. I was surprised that (a) I would consider getting into podcasting and (b) that so many folks would become loyal listeners. As of this writing we have published only 18 episodes of the Social Media Marketing podcast and are averaging 18000 listeners per episode. At 40 minutes per episode, people are spending 720,000 hours with me each week! Michael Stelzner – Social Media Examiner, @MikeStelzner. Author of Launch

18. Honestly? It was nice to see Google move in the right direction (for a change) regarding pagination and duplicate content.  Author James Kalbach said in his book, Designing Web Navigation, “In the long run, technology-centered design is generally counterproductive to project and business goals.”

Well, Google and Microsoft both make plenty of money in the short term focusing far too much on technology-centered design…and many search engine optimizers, both outsourced and in-house, suck it all up (hence the profitability). I still think the long-term winner will be the company that truly understands HCI (human/computer interfaces). You have to design and program for both human and non-human users.

Time will tell which search engine will stick around for the long term.  Shari Thurow –  Omni Marketing Interactive, @ShariThurow. Author of When Search Meets Web Usability .

19. Maybe it’s the biggest fail – but it surprises me that big data allows us to make so many better-informed decisions and yet we’re still talking about a sales funnel like it’s 1999. We think things are linear because that’s the way our tools have been built. It’s time for a big re-think on consumer and buyer behavior.  Todd Wheatland, @ToddWheatland. Author of The Marketer’s Guide to SlideShare

What would you add to this list of 2012 marketing surprises and why?

I’ll be speaking at: