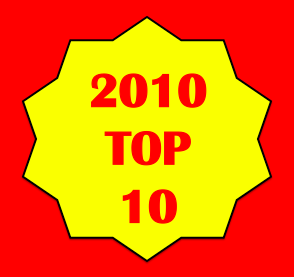 2010 held some important turning points for online marketing.  It was a year of new portable devices, new technologies and expanded communications channels. It showed that as users we’re using various new technologies to connect with family and friends and to make our lives easier.

From a marketing perspective, 2010 was a tipping point for a variety of online activities. To ensure that your message reaches and connects with your target audience, it’s critical to understand where they’re most active and to engage with them in a way that works in that channel. These top ten highlights had a significant impact on marketing during the past year and will create a dynamic landscape for 2011 and beyond.

Are there any other important changes that occurred in 2010 that you’d add to this list? If so, please include them in the comment section below.

Best wishes for 2011. May it be a happy, healthy and safe one for you, your family, friends and social media connections.

Related readings that you may find interesting: