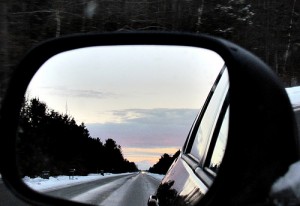 Before we look forward beyond 2014’s snow wrapped entry, let’s  examine the top social media, content marketing and mobile highlights of 2013 as selected by the experts.

2013’s marketing high points provide the basis for predicting where marketing will go in 2014.

Here are the 2013 marketing highlights of social media, content and mobile marketing as selected by 16 experts.

I loved how brands seemed to lighten up and relax a bit on Twitter in 2013, especially when engaging in playful banter with other brands. The more obscure the relationship, the better – I mean, Cap’n Crunch and KFC…? Taco Bell and Old Spice…? I love the personalities that begin to emerge when this happens, and the humour. Brands need more humour!! It also shows a certain amount of trust – between agency and brand, and brand and community. When it’s done well, it really works.

Dove continued their self-esteem boosting “Real Beauty” campaign with an innovative look at how beauty (or image) really is in the eye of the beholder. Using an FBI portrait artist, it was a compelling and emotional punch in the gut – revealing just how off base a person’s self-image usually is – compared to a stranger’s description of themselves. I loved how something as simple as another’s point of view could impact so deeply on the participants. Seeing those sketches side by side was poignant but up-lifting.

And, well, continuing the humor theme – how can we forget Poo~Pourri?? “Girls Don’t Poop” – between that tagline and a pithy, British accented, ball gown wearing diva in a toilet stall, Poo-Pourri took the ‘stink’ and the stigma out of embarrassing toilet odours. The writing was brilliant – daring and hilarious – and it turned a (needless to say) not-talked about subject into dinner party fodder. You really CAN market anything, if you have a ton of courage and a bit of fun.

The social networks are evolving. I appreciate that Facebook has made more insights and data available. This is making reporting easier and more accurate. Facebook admitted to reducing organic reach. Companies are expected to invest in advertising, but the return still isn’t clear.

Google Plus added a photo-editing feature and it was a really smart move. This is something that Facebook sorely needs to better accommodate real time marketers.

LinkedIn continues to expand its offerings and is becoming increasingly valuable to B2B marketers.

Content marketing is no longer a trend. The content strategy role is mainstream, but we have a ways to go in terms of integrating inbound marketing into traditional efforts.

The mobile explosion is creating challenges for more than CMO’s. IT has to deal with BYOD  (aka: Bring Your Own Device) and the cloud. The Internet of Everything isn’t far off. The shift to reliance on smartphones continues. And wearable technology such as Google glass and smart watches is moving beyond experimentation.  The post PC era arrived!

Beyonce’s Word of Mouth Album Release. Who said the music industry is dead? No flashy PR campaign, no big media buy, just using social media and word of mouth to spread the word. And she sold 1 million units in the process.

Nipsey Hussle’s $100 Mixtape. You can download his mixtape for free, but to give people an incentive to pay for it, Nipsey added Social Currency.  Limited release, signed every copy, and includes a ticket to a special show. Not just music, a badge of fandom.

Psychology > Technology. Companies are finally realizing that to use social media and content marketing effectively, they need to understand why people share in the first place.  Companies like Buzzfeed that have that understanding are doing extremely well.

Marketers started paying real attention to real-time marketing. Granted, real-time marketing has been around for years, especially since digital marketing in general started taking off, but now that the conversation is happening around it, in 2014 brands can try to do it well, in a way that really makes sense for them.

Marketers are starting to get the sense that mobile is far bigger than mobile handsets and phones. Thanks to the massive publicity around Google Glass, the launch of smartwatches like Pebble and Samsung’s Galaxy Gear, and the continued success with health trackers like Nike FuelBand and FitBit, marketers are starting to rewire their own mobile mindsets, which will be critical in the years ahead.

The rise of Snapchat gave marketers a sense of how consumers can be social without being public, creating all kinds of new problems for how marketers reach, track, and respond to such people.

NY Times and Reuters Editor Jim Roberts became Mashable’s Executive Editor and Chief Content Officer. This is a huge indicator of the direction of the evolution of news content, storytelling, digital journalism  and its a sign that old school and new school are merging to become the new normal.

Twitter goes public. This underlined the seriousness of social media when it comes to delivering news and the adaptation of traditional media outlets such as the Today Show rebranding themselves and including more social media content with the addition of the #orangeroom

Moz (formally known as SEOmoz) announced rebranding and new name. This represents the direction of brands acting like publishers and producing meaningful and helpful content for community first.

6. C.C. Chapman –  YSN and author of Amazing Things Will Happen and co-author of Content Rules.

There has been so many, but some that stand out to me would include the Wolverine vine teaser a day before the full trailer hit anywhere. It was the first time I had seen any company use six seconds so effectively.

Chipotle once again win when they created a moving short film to promote their new Scarecrow game. They’ve become masters of telling their brand story without shoving it down your throats. Kids and adults a like learned about their farm fresh message, while being moved by their film and then having fun playing their game.

My personal favorite just happened this month when 20th Century Fox reached out to filmmaker Casey Neistat to hire him to film a video for their upcoming movie The Secret Life of Walter Mitty. Instead of the usual, he pitched the idea of taking their budget and using it to buy supplies for victims of the Typhoon in the Philippines. The fact that the studio embraced this idea and supported it made for a promotion that I’ve never seen for a movie. It made me want to see the movie just to support the studio for being so original and compassionate.

Youtility – I hugely admire what Jay Baer did with his book.  He invented a new word, coined a concept and delivered a book that was an instant New York Times best seller.  He released a presentation outlining how he marketed the book and it was a great read.

Snapchat – They have grown rapidly this year, have taken on $70 million in funding since launch, have generated no revenue but refused a $3 billion offer from Facebook.  These guys know how to market!

Personally, it was the big events I attended: Content Marketing World, SOBcon and Content Jam (Orbit Media’s conference in Chicago). I love these because it’s a chance to meet people face-to-face. After interacting with people all year online, you get to meet them in person and suddenly, they feel more like friends.

10.  Ric Dragon of Dragon Search and author of Social Marketology.

One highlight of the marketing year is the research MarketingProfs produces in connection with the Content Marketing Institute.

This year, we saw 3 trends that I think define marketing in 2014:

Chipotle’s The Scarecrow. Chipotle has truly embraced the concept of relevancy and emotion in their content marketing efforts with their short film “The Scarecrow”.  The film, created to promote a new mobile game, mixes the haunting vocals of Fiona Apple singing “Pure Imagination” from “Willy Wonka and the Chocolate Factory” with a stark commentary on industrial food production.

Viewers are taken on somber Scarecrow’s journey through the industrial food production industry, complete with very sad cows and chickens. However, after leaving the factory the scarecrow is inspired to create and sell fresh food from his garden. Flowers grow and everything is well again.

What is so interesting about this campaign is that Chipotle is taking a huge risk here by making a commentary on the fast food industry. The campaign certainly received a ton of buzz—both positive and negative. In fact, Funny or Die posted their own commentary in response, pointing out what they perceived as hypocrisy in Chipotle’s message. I applaud brands like Chipotle for taking these risks. Personally, their video resonated with me. However, be aware that if your brand decides to take a stance on a controversial topic, be prepared for potential backlash.

Oreo Daily Twist. Oreo is really pushing the boundaries of their content and messaging with some of their recent campaigns. One of my favorites is the Oreo Daily Twist. It’s simple: each day they have a new photo image featuring their cookie, imagined in different ways to promote different messages. This type of content is easy to digest and fun! Great shareable content on social channels.

“Carrie” Remake Prank Viral Video. As a huge fan of the original movie, I was not totally sure about the remake. But this video made me think twice because I am a super fan of great marketing—and I love stunts.

To drum up buzz for the film, the movie producers choreographed an elaborate stunt staged at a NYC coffee shop featuring a supposedly telekinetic woman wigging out (paying homage to the original movie). What happens? She gets angry at a staged spilled cup of coffee, throws an actor against the wall with “her powers”, and makes a bunch of furniture move. The video also captured the priceless audience reactions and has over 51 million views.

Based on the insights of these 16 marketing experts, 2013 marked an important shift for social media, content and mobile marketing. The action went mobile, especially in the US for quick, on-the-go snacking and engagement. More importantly, businesses, big and small, discovered ways to distinguish their marketing in this new multi-platform, multi-media, multi-device world.

What did you see as the key social media, content marketing and mobile events of 2013 and why? 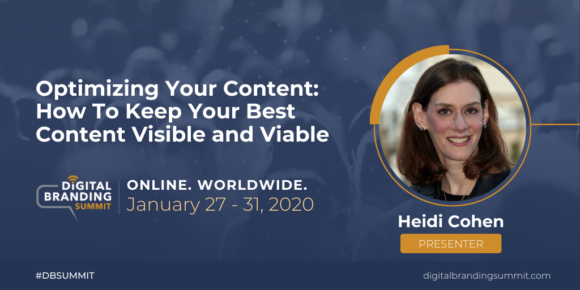 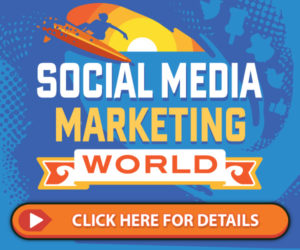 Don’t miss the industry’s largest conference. Whether you attend in person or Virtually, you'll want to get your ticket early and save.