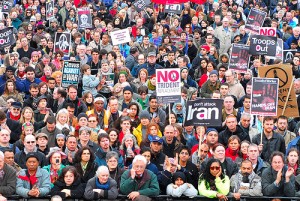 PR (Public Relations) continues to evolve as a business art and science. The objective of PR is to craft messages about a product, brand, individual, business, or organization targeted at a variety of one or more chosen publics.

PR can be defined formally, as has been done by the PRSA, the PR professionals’ organization:

Public relations helps an organization and its publics adapt mutually to each other. Public Relations broadly applies to organizations as a collective group, not just a business; and publics encompass the variety of different stakeholders. – PRSA (Public Relations Society of America)

It can also be defined less formally through cute stories:

“If the circus is coming to town and you paint a sign saying ‘Circus Coming to the Fairground Saturday’, that’s advertising. If you put the sign on the back of an elephant and walk it into town, that’s promotion. If the elephant walks through the mayor’s flower bed, that’s publicity. And if you get the mayor to laugh about it, that’s public relations.” – Shared by Davina K. Brewer who attributed it to Reader’s Digest.

Analysis of what PR means to 31 professionals

Based on a search of the 31 definitions of PR collected in my recent post, here are some interesting statistics in terms of the words used to describe public relations.

What’s most striking is that, while PR professionals believe that public relations is a strategic corporate function that deserves a seat at the management table, only one person mentioned the word strategy and no one mentioned tactics. Although many PR practitioners would cringe at the notion that PR is a part of marketing, marketing received the most mentions (ten or roughly one third of the total). Interestingly, despite the recent blurring of the line between social media and PR, only six people mentioned social media (or eight if you consider those who used different but related terms), less than one in three. In today’s 24/7 news cycle, only four respondents mentioned reputation and only three cited crisis management, traditional PR specialties. Lastly, only one person mentioned the word human and seven used the word relationship.

Based on the input from 31 public relations and marketing professionals along with the conversation that continued in the comments section, here is a summary of the main and diverse elements of PR. (Here’s the full 31 PR Definitions post if you what a refresher.) Public Relations has the following characteristics:

What’s consistent across the many characteristics listed is the fact that PR is about building relationships. But what varies tremendously, depending on the perspective of whom you ask, is “To what end?” Who the PR professional is trying to build those relationships with and what kind of relationship they’re trying to build should have a dramatic impact on what the function is within their organization.

What do you think of this list of PR’s core characteristics? What would you add or subtract from the list and why?

Big tip of my hat to those who contributed their definition of Public Relations and to those who participated in the conversation.

Another tip of my hat to Paul Flannigan for his idea of using a word search across the 31 PR definitions.

Here are some related articles you might find of interest:

4 Responses to What Is PR?