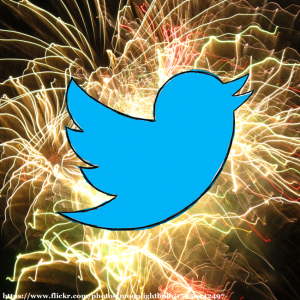 If not, there’s still time to get the most out of this real time social media platform even though Black Friday’s just around the corner.

Because over 50% of UK users turn to Twitter to discuss what they’re doing RIGHT NOW according to Nielsen. (Check out Dan Zarrella inspired tips for tweets and retweets.)

Twitter has 284 million monthly active users and 500 million tweets sent daily as of November 2014. It accounts for about 9% of all social media shares based on BuzzSumo and Frac.tl analysis.

32.8% of US Internet users are on Twitter, placing it significantly behind Facebook and YouTube. From purchasing perspective, 38.7% of them are between 18 and 34 years old according to NuVoodoo data. 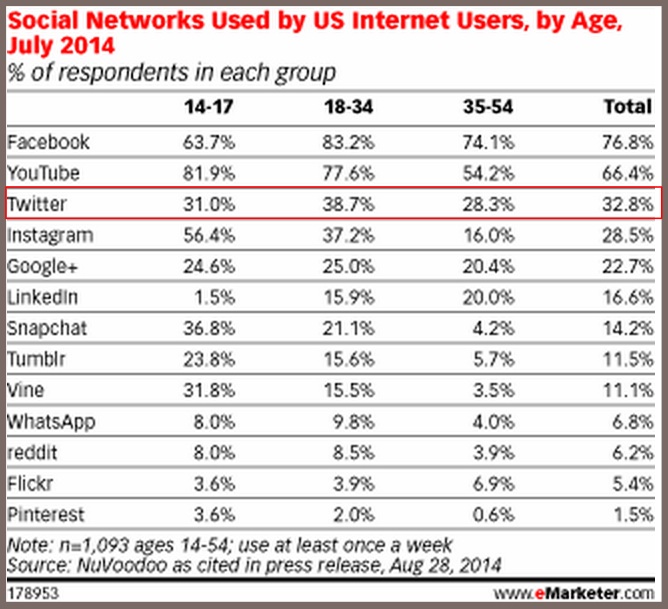 Exact Target analyzed over 3 million tweets sent via their platform. On average companies experienced a 43% increase in Twitter followers in 2013.

54% of global users say that promotions they receive via Twitter motivates them to buy based on Global Web Index findings. 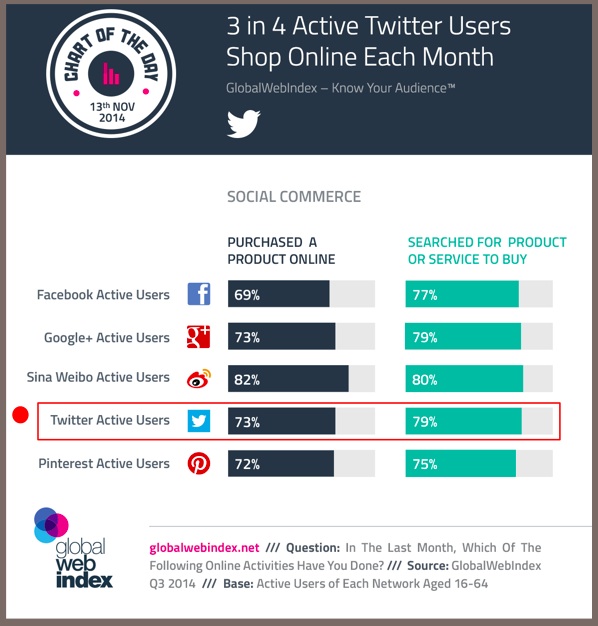 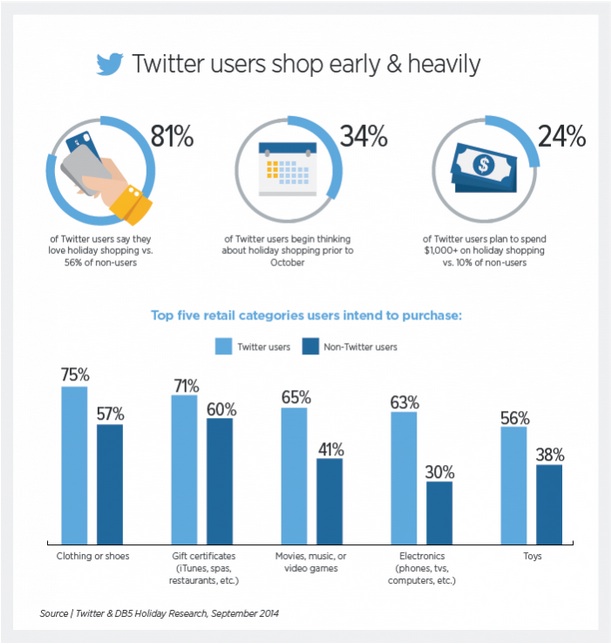 Here are 14 Twitter holiday tips to supercharge your sales this season. Twitter is a product and promotional discovery tool for many users. 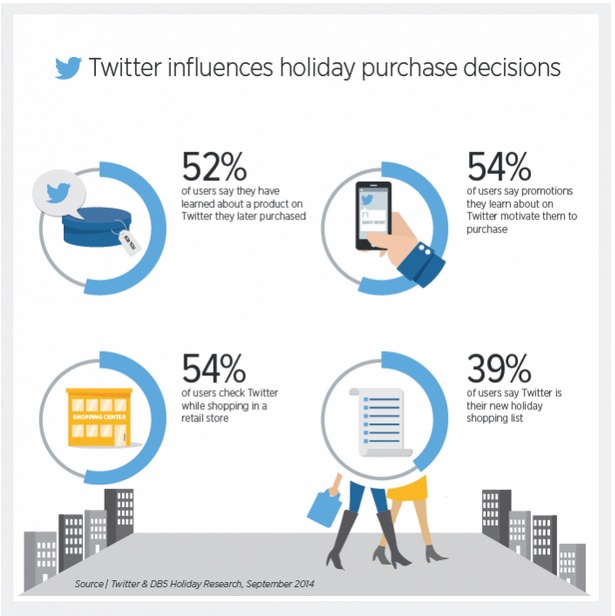 In terms of holiday shopping, Twitter is the social media place to be. Holiday shopping is a process for Twitter users, with 40% starting to shop in October and 25% waiting until December based on research by Millward Brown.

Every year, Twitter conversation regarding holiday shopping on key shopping days like Black Friday peaks and it’s highly correlated with sales based on data from Crimson Hexagon and The NPD Group!!! 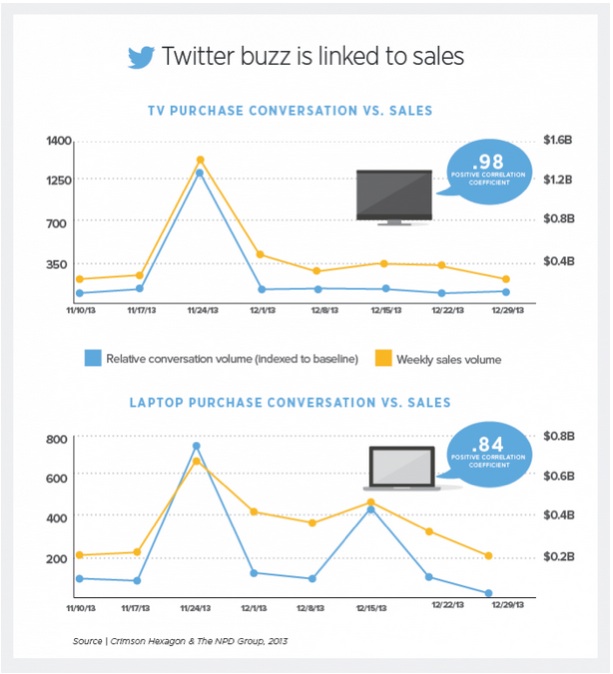 Users swipe their screens to unlock their phones an average of 110 times a day, according to Locket data. The most active smartphone time is between 5 and 8 pm ET when the average user checks his phone 9 times per hour.

80% of Twitter active users use mobile according to the social media platform. This should be no surprise since Twitter comes in mobile-ready 140 character snackable sound bites.

Twitter interactions increase during the year, peaking in December. In part this increase is attributable to growth of Twitter as a platform but in large part it’s related to holiday and shopping chatter. 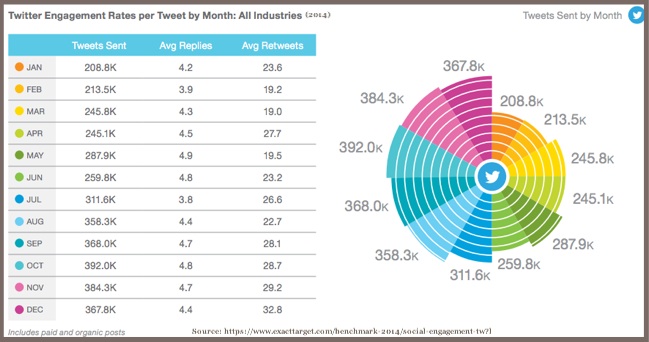 Twitter engagement is highest on Sundays although few brands or companies are present when their audience is active.

People are active on Twitter 24/7. Similarly, your brand must be present to interact when they’re ready to talk to you. The highest retweets are in the wee hours of the morning. This is when people are active in Europe and before going to work.

Don’t loose sight of the fact that, like any other social media platform, it’s about interacting with prospects and customers, not pushing product and prices!!!

Subscribe to receive notice of each new actionable marketing post delivered free, directly to your inbox. Signup for the weekly Actionable Marketing Newsletter and get a roundup of of the week’s posts, plus extra content you won’t find on the website, plus a free e-book: What Every Blogger Needs to Know – 101 Actionable Blog Tips

One Response to 14 Twitter Holiday Tips To Beat Your Competition