Social Media: Do You Know Where Your Target Audience Is? 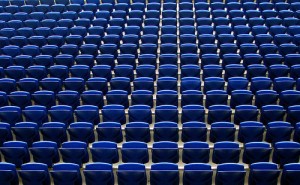 The proliferation of social media sites and increased social media usage means there’s a good chance that your gut feel about your audience’s social media preferences may not be correct. Are you willing to bet your budget on it, especially when about nine out of ten marketers uses social media to achieve marketing results according to eMarketer? 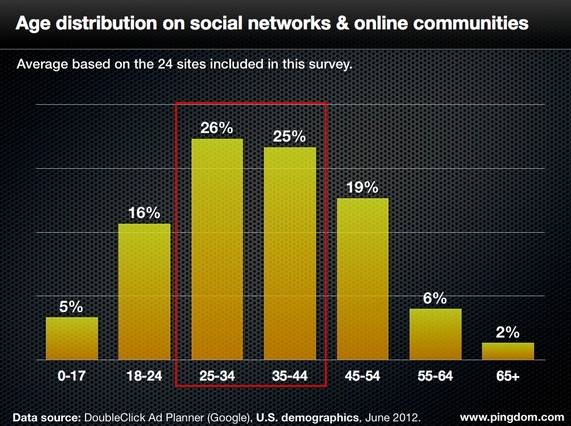 With two thirds of users over 35, the average age of a Facebook user is 40.5  according to Pingdom.

Eight years after its 2004 beginnings as a social media site for college students, Facebook is no longer focused on its original demographic. The reason for the Facebook age shift probably has more to do with the underlying population distribution than Facebook’s allure for people in their thirties and forties causing these segments to grow faster, although this isn’t included in the Pingdom data. (Here are Facebook tips to help your marketing.)

By contrast just over half of Twitter users are 35 or older. The average age of a Twitter user is 37.3 years old, a number that’s declined in the last two and a half years.

Almost four-fifths of LinkedIn users are 35 or more. The average user is 44.2. Given that LinkedIn focuses on professionals, it’s not surprising that its user base is older. 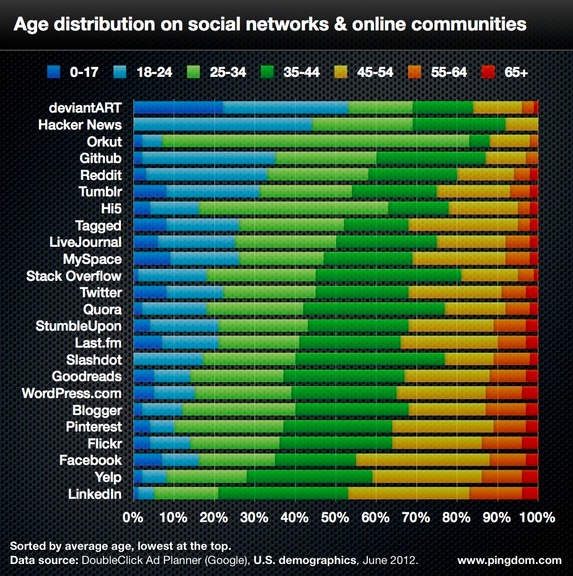 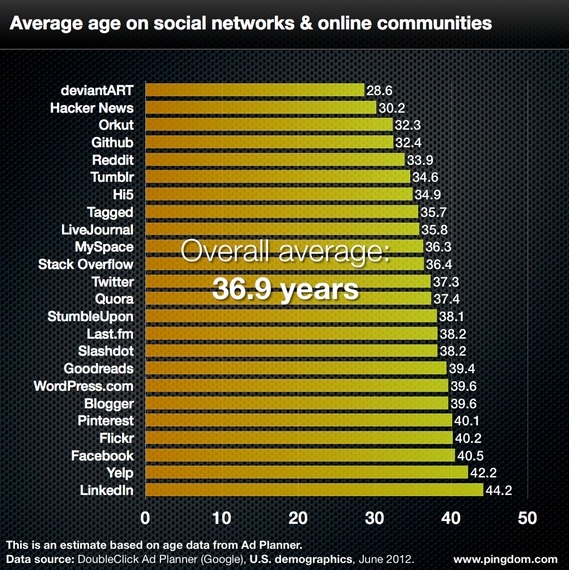 Almost 80% of Pinterest users are women, according to Pingdom, making it the most female-dominated site. As a magnet for online scrapbooking, fashion styles and home design, it’s no surprise Pinterest attracts so many more women. To increase male usage, Pinterest would need to show marketers how to develop and share content appealing to men such as sports and cars (assuming a PG-approach). The challenge is that these photographs and images often have copyright and licensing issues.

As for marketers, they’re sticking to the mainstream social media options. Over 80% of companies are planning to use Facebook in 2012 because Facebook is where consumers spend a good portion of their social media time. While this makes sense for B2C and not-for-profit marketers, it’s less effective for B2B marketers. They should consider using more business oriented social media such as LinkedIn, Slideshare (owned by LinkedIn but not tracked) and Quora. (Here’s other research and insights on how marketers are using social media and what they’re planning.)

By contrast, just over half of marketers are using Twitter. What is surprising is that slightly more than a third of marketers use YouTube since video is an important medium for showing off 360° product views and providing useful how-to information.

BTW, when assessing the Pingdom data, it’s important to note that YouTube, the second biggest social media site, isn’t present. The reason for this is that many tracking services classify YouTube as a video site along with NetFlix and others, not with social media entities.

When using social media for marketing, it’s critical to understand your target audience, how they engage on social media platforms and where they spend their time. Just looking at a top level could be misleading.

What do you think of these research findings? How are you planning to use social media in the coming year?

2 Responses to Social Media: Do You Know Where Your Target Audience Is?