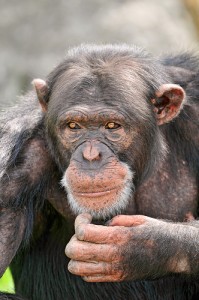 Social Media – Not For Me! Say Top CEOs

70% of the Fortune 500 CEOs have no presence on social media networks according to The 2012 Fortune 500 Social CEO Index compiled by CEO.com and Domo.

Despite being influential business leaders, these CEOs lag the US population on every social media platform except LinkedIn. These CEOs myopically miss the connection between their lack of social media activity and their standing with customers, employees and the general pubic.

Social CEOs by the numbers

Here are some notable tidbits from the 2012 Fortune 500 Social CEO Index.

Based on other research by IBM, one out of six CEOs engages with customers on social media, a number expected to more than triple in the next three to five years.  This means that these senior executives need to come up to speed and become social media savvy. (BTW, we can help with this!)

Here are three reasons CEOs, especially those who head a public company, don’t want to be active on social media.

When used well, social media can be a senior executive’s best ally. Here are three reasons every CEO should rush to build their social media presence.

As a CEO, it’s critical to take that first scary step into the social media stream because you’ll find that your fears will be met with ways to improve your organization’s brand, customer relationships and employee support.

What other suggestions do you have for CEOs who are standing on the sidelines?