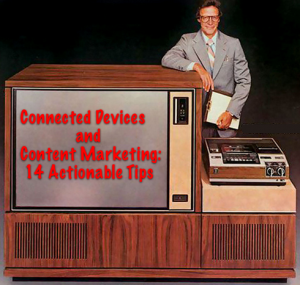 With the ever-expanding dynamic media offering, consumers have become content omnivores accessing information in ways that improve their lives when and where they need it. As a result, marketers are playing catch up with consumers’ content needs and modes of usage.

Based on research by Edison Research and Arbitron, these fourteen data charts and related actionable content marketing tips should help keep your efforts aligned with your target audience.

Consumer spend one third of their time engaged with media.

Consumers spend an average of 8 hours and 15 fifteen minutes with a single form of media, specifically television, Internet and radio. These figures don’t include traditional offline media such as newspapers and and magazines. This is an increase of over one hour in the last ten years. In part this is attributable to the use of mobile devices enabling consumers to consume content during otherwise wasted time in the form of content snacking. 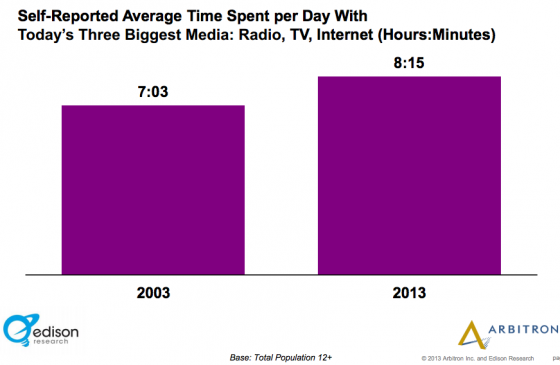 New devices are additive; they don’t replace older devices. They tend to extend the audience’s time so that heavy consumption of one media doesn’t decrease other media usage. Consumers are moving beyond the television and the computer with smartphones, tablets and other products such as ereaders and gaming devices. (As a point of reference, here’s earlier multi-device research from Performics and ROI Research and here’s research from Google, Ipsos and Sterling Research on this topic.) 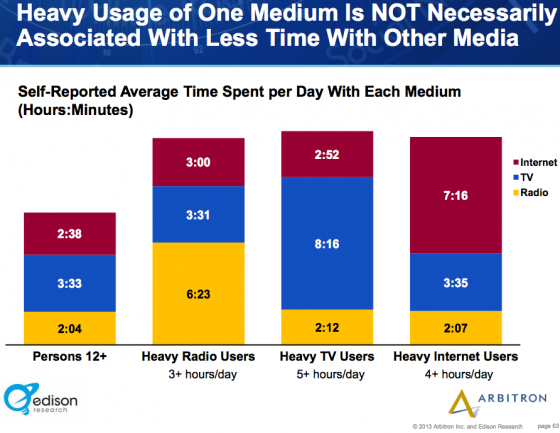 Consumers have increased their use of media platforms during the last ten years. They’ve added home broadband, WiFi and smartphones. While Internet usage has increased 30% since 2003, both television and radio use has also increased although to a lesser degree. 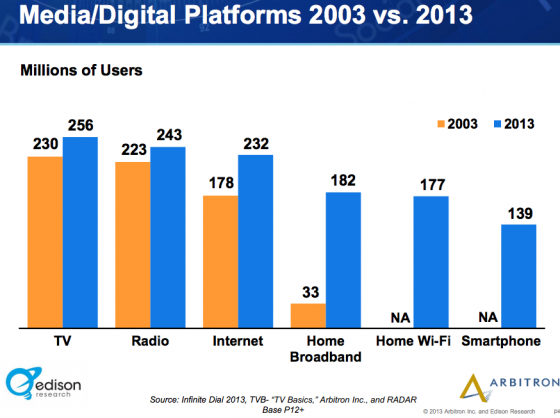 About a quarter of US home have five or more WiFi enabled devices. Given the high rate of growth of multi-device households, it’s difficult to infer how consumers are using them. 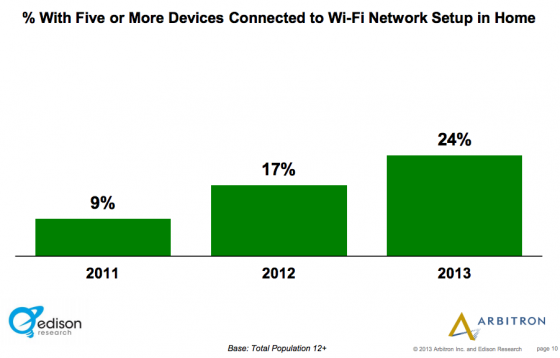 About a quarter of homes have three or more working computers. This has remained roughly constant for the last four years. Since households with five or more WiFi enabled devices has increased, this means families are supplementing their computer use with other devices. 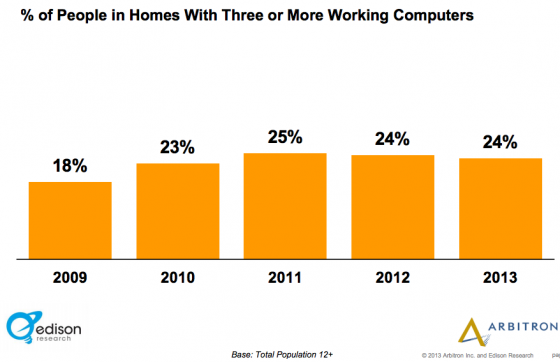 Smartphone ownership exceeds 50% in the US

An estimated 139 million people in the US own a smartphone an increase of nine percentage points from 2012. These devices aren’t your father’s telephone. Instead these multi-function devices are a conduit for a variety of different types of content including text, photographs, social media, games, video and audio (including calls and music.) This means you must mobilize your marketing. 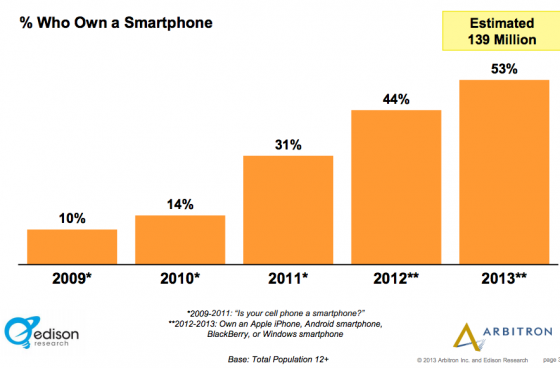 Smartphone ownership increased across age groups in 2013. Three-quarters of 18 to 34 years now own a smartphone. 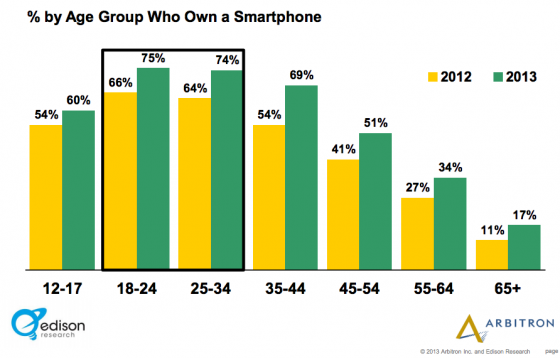 Roughly four out of five smartphone users have their phone within reach most of the time. These are the ultimate personal devices. Owners can stay on top of what’s happening with their family, friends and social media colleagues. 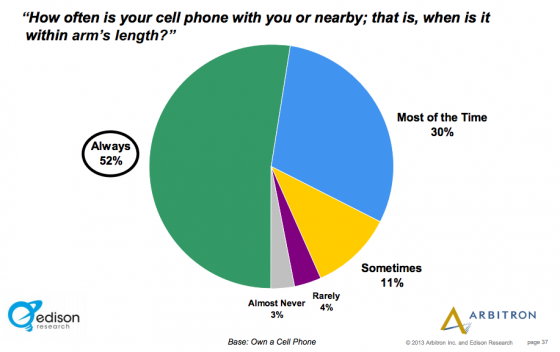 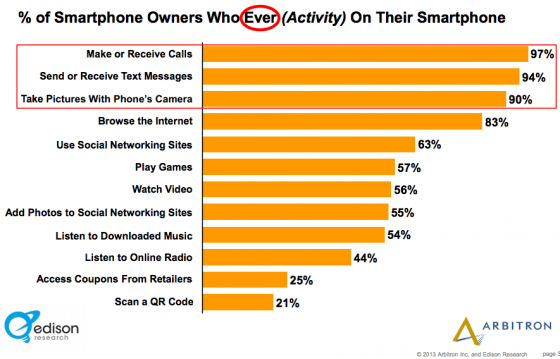 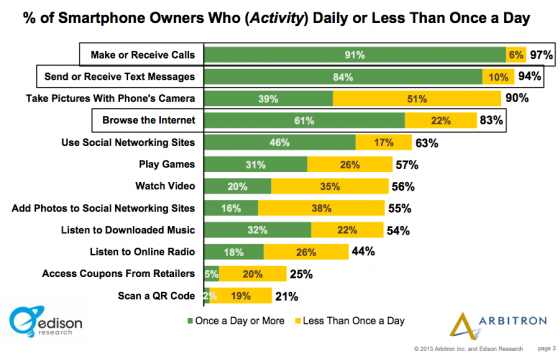 Smartphone owners between 12 and 24 communicate with family and friends differently than other age segments. Overwhelmingly, they text at twice the average rate. Further they use the phone’s talk functionality about half the average rate. What’s interesting is that about one in ten uses Facebook to communicate. 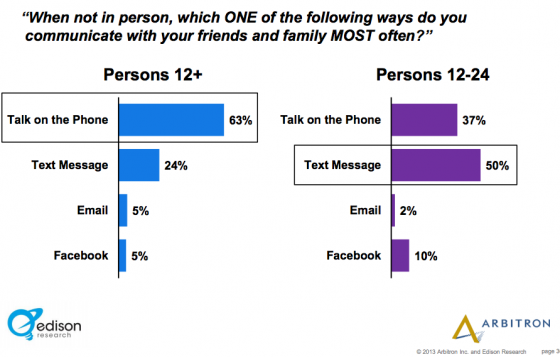 While television viewing continues to increase, consumers are no longer restricted to watching a specific show at a specific time. Instead many viewers are choosing television on their time schedule and on the device of their choice. Almost half of Americans have a DVR to record television shows they might otherwise miss and view them when they have time. 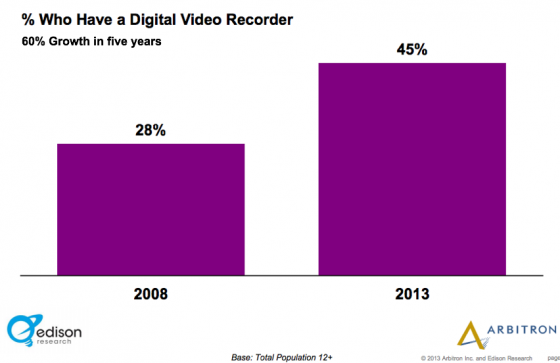 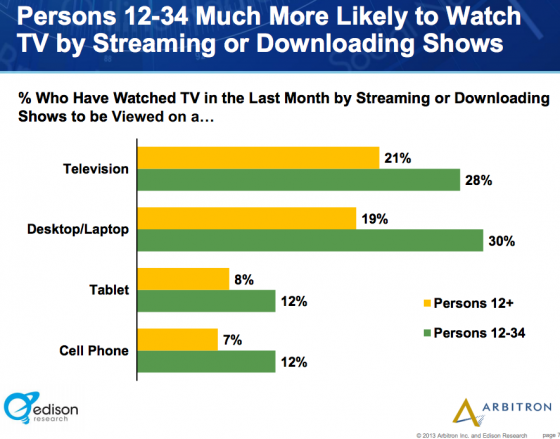 Tablet ownership has increased over 70% in the past year. A deeper look reveals that Apple iPad ownership has expanded slightly while non-iPad tablets have doubled! Interestingly, 3% of owners have more than one device with different operating systems. 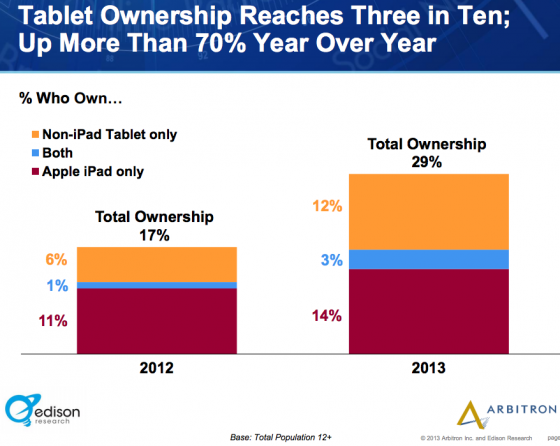 Consumer media consumption continues to increase but smartphones are the prime content marketing real estate. This is despite their small size relative to televisions, computers and tablets. Devices often influence the way content is consumed. To engage their target audiences, marketers must follow their consumers and provide content that meets their their needs on the devices and platforms they prefer to use.

What has your experience been trying to reach your target audience on multiple devices with differing content formats?